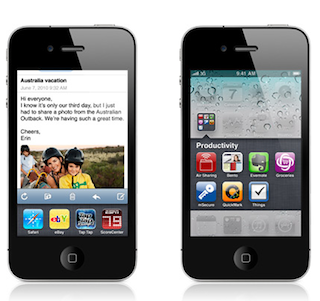 The tech world is buzzing about iOS 4, the latest version of the iPhone operating system that Apple released today. And rightly so — it’s an improvement over the previous version in every way. In fact, once you’ve been using it for a while, it’s hard to go back to using iPhone OS 3.x. And there’s an unfortunate casualty there: the iPad.

I’ve been using developer builds of iOS 4 (then called iPhone OS 4) for weeks now. I’ve grown very used to using things such as the new app switcher and folders. In fact, I’ve grown so used to using them that when I switch back over to the iPad now (running iPhone OS 3.2), I can’t help but feel that it in some ways seems antiquated. Yes, I know that’s ridiculous for a device that’s not even three months old yet. But the feeling lingers.

I keep double-clicking the home button to bring up the app drawer, and nothing happens. And I’ve grown weary of navigating through pages and pages of apps when on my iPhone now, thanks to folders, I only have 3 pages (holding many more apps than I have on my iPad).

Obviously, this is a temporary problem, since iOS 4 is coming to the iPad. But it’s one many of us are going to have to deal with for months, since iOS 4 isn’t due on the iPad until the Fall (and there isn’t even a developer release available yet).

In some ways, this is reminiscent of the problem the Android platform has been having with regard to fragmentation. Some Android-powered phones can run the latest version of the Android software. Some can’t just yet (and some won’t be able to ever). I’ve had Android 2.2 on my Nexus One for weeks, but the EVO 4G still doesn’t have it. At least partially as a result, I find myself using the Nexus One a lot more. It’s just a better device, thanks in no small part to the better software.

There is some of this fragmentation in the iPhone line itself. For example, iOS 4 will not run on the original iPhone. But that device is also three years old. Most iPhones and iPod touches will be able to update to iOS 4 if the user chooses to do so. That’s not the case right now with the iPad — which again, is a little odd because it’s less than three months old. It seems almost as if Apple just decided to suck it up and launch the iPad knowing it would be upstaged by this new OS it can’t yet run, just a few months later.

But the problem is deeper. As I said, iOS 4 will eventually make its way to the iPad. But something launching on Thursday could be a bigger factor in making your new iPad feel a bit old: iPhone 4. The new hardware from Apple comes with two big new features your existing iPad is simply never going to get: double the RAM and a screen that is much sharper with a much higher pixel density. 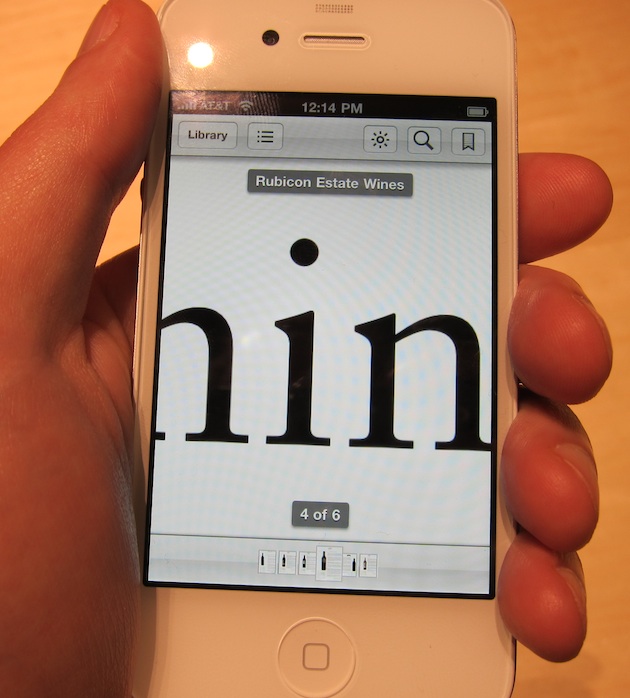 I would not be surprised if using the iPhone 4 and the iPad side-by-side on a daily basis is pretty jarring — in the same way that it’s jarring to switch from my MacBook Pro with the new high resolution screen to one of the older models without it. It’s not that the iPad has a bad screen — it doesn’t at all. It’s just that it’s a fairly major downgrade from the iPhone 4’s screen. And that again, makes the iPad seem a bit dated in comparison.

I didn’t use the iPhone 4 long enough to get a sense of how much the RAM will matter. But the fact that the iPhone 4 has 512 MB versus 256 MB for the iPad, should make a world of difference in things such as multitasking (again, when it eventually works on the iPad). And it should be fairly easy to tell the difference since both devices are running the same 1 GHz A4 chip. Again, I suspect this could make the iPad feel old when compared to the new iPhone.

Here’s why this really matters for Apple: the iPhone 4 likely points to the updates coming to the iPad in the not-too-distant future. Are there any doubts that the Retina Display and twice the RAM will make its way to that device? So why would you buy the iPad now if the device might get these updates in say, January? The proof will be right in front of your eyes on Thursday.

Sure, most average consumers may look past that. But I’d argue that it’s largely the more savvy consumers who have been buying iPads so far.

Of course, in some ways, this is just an extension of the same problem Apple users have faced for years now. You know a better version of the product is coming, so you have to decide if the time is right to buy now. The difference here is that the products lines haven’t been this fragmented in the past, with major upgrades so clearly pointing out deficiencies in another major product.

Apple could resolve half of this problem this Fall with a unification of iOS 4 for both iPhone/iPod touch and the iPad. But the hardware bifurcation between the lines may linger. I suspect Apple may try to ship new iPads in the January timeframe in the future, while it continues to ship new iPhones in the June timeframe to create a greater time gap between this split.