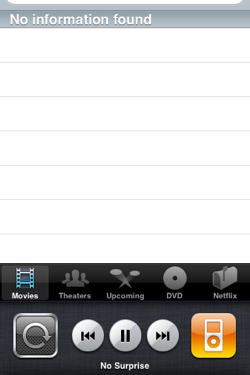 Welcome to the future, or at least like the first five minutes of it. iOS 4.0 should be available now for iPhone 3GS and newer (post 2009) iPod Touches. Do you have an iPhone 3G or (shudder) the first iPhone? You’re SOL, my Luddite friend. Go back to the commune, you hippie.

I kid, I kid. Why spend the money if you don’t need to and besides, we’ve been playing with iOS 4.0 for a few weeks now and here are our initial comments.

1. Multi-tasking is still in its infancy – Apple gave developers very little time to really go full-bore on the problem of multi-tasking. As a result, you’re basically dealing with a form of proto-multi-tasking that may or may not do what you want it to do. MG wrote about this last weekend:

The component that all of these apps share is the ability to do fast app switching. What you may traditionally think of as multitasking isn’t the same on iOS 4. Multiple apps aren’t running all of their functions in the background at once — obviously, this would take up resources and eat up battery life. Instead, Apple allows third-party apps to do certain functions in the background now, as well as create an easy way for all apps to save their states to enable this fast app switching.

So you’re not going to go all Minority Report on your apps. You’ll be able to switch out of one app – a game, say – to hit a GPS program, but there is no definitive guarantee that you’ll be able to swap back into the game where you left off. In fact, Backgrounder, a jailbroken app for background activity, works better than multi-tasking in iOS 4.0 right now.

PRO TIP – Slide the icons to the left to reveal iPod controls. 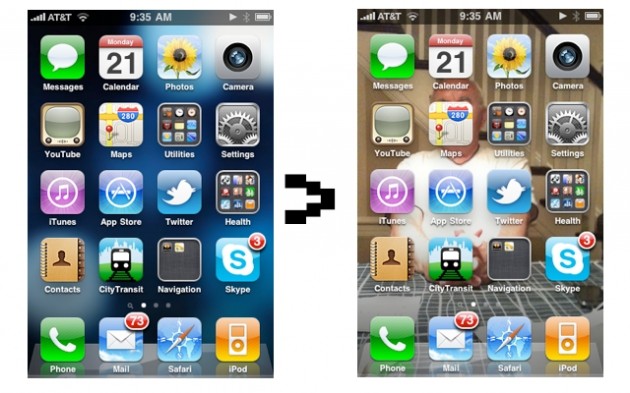 2. Be careful with wallpaper – All you budding iOS interior decorators take note: with great power comes great responsibility. Using a photo of your cat as your home screen background makes things look horrible. I’d recommend using the pre-set wallpapers. That said, you can probably make some cool wallpapers using the camera’s new zoom function. The zoom, in fact, is amazingly smooth and impressive.
[youtube http://www.youtube.com/watch?v=yAAfvksCE44&hl=en_US&fs=1&]

3. Apple is taking over some third-party services – When you used to fire up video games on the iPhone you were once presented with “networking” solutions that allowed you to share your scores and play against friends. Those are being replaced by Game Center. This service allows matchmaking, achievement unlocks, and score sharing. Sadly, it’s not that exciting right now because most games don’t support it yet. Game Center, like iAds and the iBook reader, is making a lot of poor start-ups tremble in their boots right now.

4. It can be jailbroken – Still not enough for you? Still antsy? Well, you can jailbreak your iPhone runnin iOS 4.0 using RedSn0w. What does that let you do? Not much, but you can add little apps that Apple hasn’t approved. Do not, however, expect to carrier unlock the iPhone 4 when it comes out. This is not yet supported.

5. Visuallly it’s more pleasing, especially with folders and the new sliding
windows – Generally, iOS 4.0 is a nice change. Once you run 4.0 on an iPhone and look at something running a 3.x variant, you’ll understand the ginormousness of the change. The iPad, for example, looks like a primitive caveman’s attempt at OS design.

An important point to note: if you have a 3GS, all of the features we mentioned here will work. You don’t absolutely have to upgrade your hardware to iPhone 4 right now to try iOS 4.0. In fact, if you have a 3GS all of these features work fine. Break the cycle. Stop the madness (says the guy who is going to go into the city at 6am on Thursday to pick up his iPhone 4). As The Oatmeal puts it: 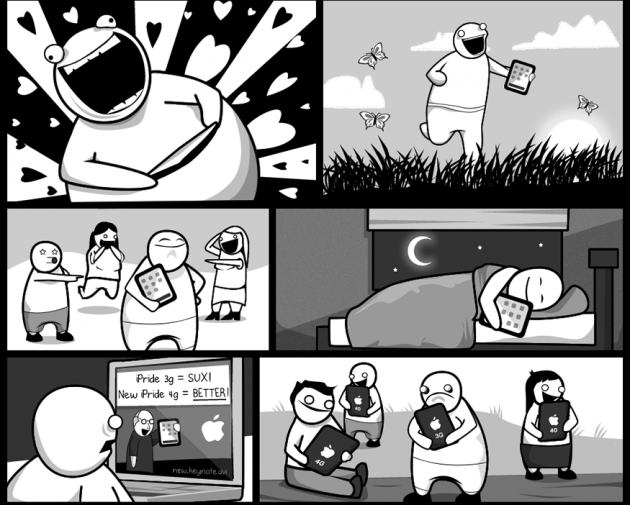