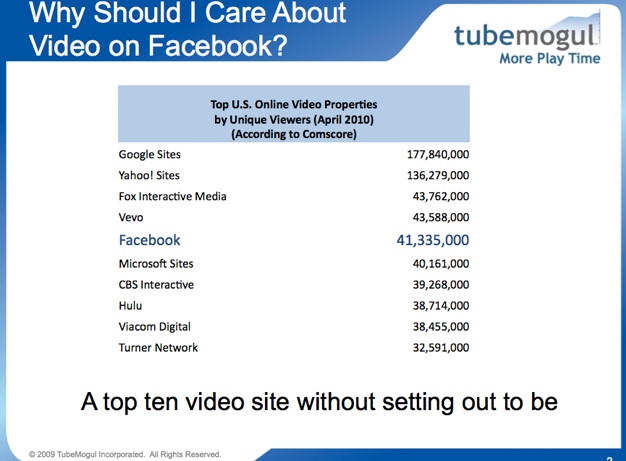 Facebook is now the fifth largest video site by audience size. ComScore estimates that 41 million people a month watch videos on Facebook, which is more than on Hulu, CBS,, or Microsoft’s sites. What is remarkable about Facebook’s rise as a video destination is that it isn’t even trying very hard to be a video site. “I don’t think Facebook has video strategy per se,” says TubeMogul CEO Brett Wilson.

TubeMogul tracks video analytics across the Web, and it just released some interesting data on how videos and video ads perform on Facebook compared to other sites. On average, people who click on a video from Facebook are more engaged.  They tend to watch longer than viewers who arrive from other sources— 1:45 minutes per view versus !:32 for Google (Twitter users are almost the same with 1:44 minutes per view). 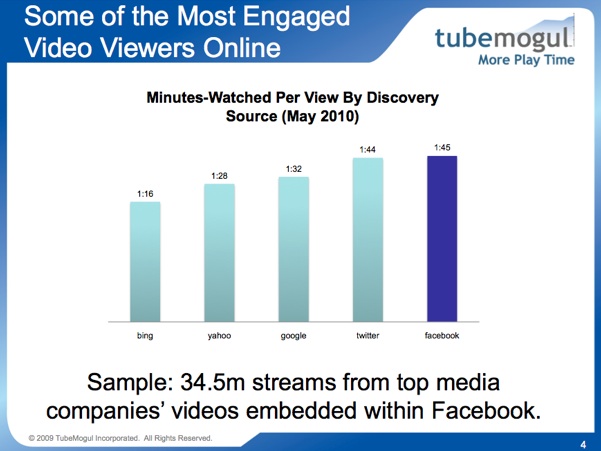 This higher general engagement translates into higher completion rates for video ads.  Roughly 40 percent of Facebook video ads, give or take, are watched all the way through across different video ad types.  On the Web in general, video ad completion rates hover around 25 percent.

There are all sorts of video ads on Facebook—banner ads on the side of your feed that take over the page wen you click on them, video ads on app pages, interstitial ads which show a video when you are navigating in between pages. But the best performing video ads on Facebook are in game apps and linked to virtual currency (players watch the ad to rack up points). 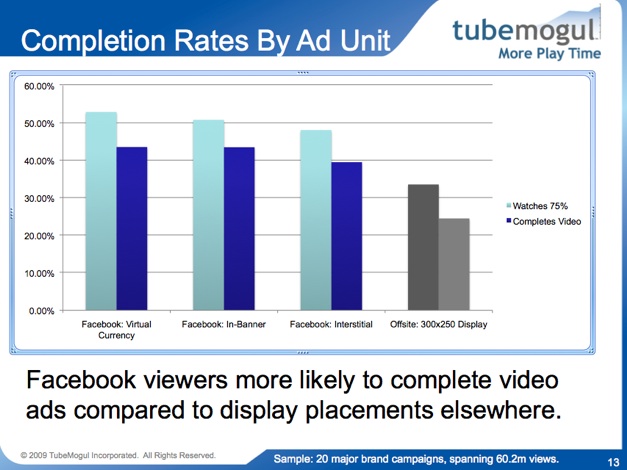 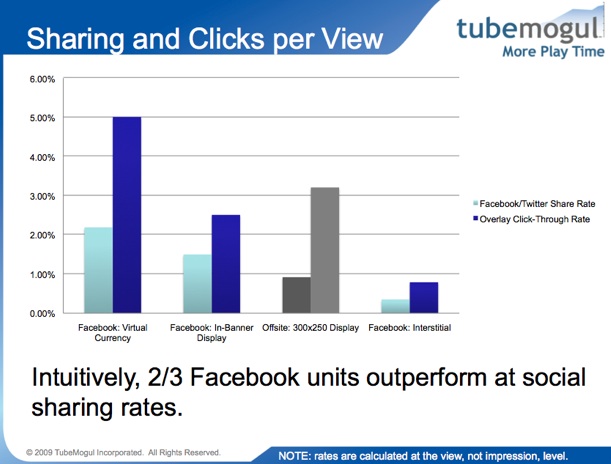