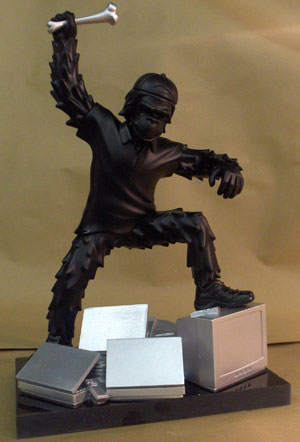 This iPad security breach story from last week continues to spin way out of control, and in our opinion fingers are being pointed in the wrong direction. The FBI is investigating the incident, and a few hours ago AT&T finally communicated with customers to tell them about the breach (I’ve reprinted the AT&T email below).

Here’s what happened: Goatse Security discovered a rather stupid vulnerability on the AT&T site that returned a customer email if a valid serial number for the iPAD SIm card was entered. An invalid number returned nothing, a valid number returned a customer email address. Goatse created a script and quickly downloaded 114,000 customer emails. They then turned all that over to Gawker, after, they say, AT&T was notified and the vulnerability was closed. Gawker published some of the data with the emails removed. Says Goatse: “All data was gathered from a public webserver with no password, accessible by anyone on the Internet. There was no breach, intrusion, or penetration, by any means of the word.”

AT&T is characterizing the incident as “unauthorized computer “hackers” maliciously exploited a function designed to make your iPad log-in process faster by pre-populating an AT&T authentication page with the email address you used to register your iPad for 3G service.”

We don’t see much hacking here, and we don’t see anything really malicious. AT&T was effectively publishing the information on the open Internet, and if there’s an FBI investigation, it should be focused on them, not Goatse. The fact is that Goatse was performing a public service by discovering and publishing the vulnerability – they made the Internet slightly safer by doing so. I agree completely with their blog post responding to the AT&T letter.

Unless additional facts come out suggesting that Goatse has used the information inappropriately, such as selling it, or has otherwise done some bad act hasn’t yet been alleged, they are completely in the right here.

In fact, companies like AT&T should offer people a reward for discovering vulnerabilities like this, although they’d probably ask that the information be given to them privately after discovered. But by shaming AT&T publicly other companies may take security marginally more seriously, which is good for users.

And AT&T customers need to know that AT&T is so careless about security.

Until now we’ve only given these awards at our annual Crunchies award ceremony.

Recently there was an issue that affected some of our customers with AT&T 3G service for iPad resulting in the release of their customer email addresses. I am writing to let you know that no other information was exposed and the matter has been resolved. We apologize for the incident and any inconvenience it may have caused. Rest assured, you can continue to use your AT&T 3G service on your iPad with confidence.

On June 7 we learned that unauthorized computer “hackers” maliciously exploited a function designed to make your iPad log-in process faster by pre-populating an AT&T authentication page with the email address you used to register your iPad for 3G service. The self-described hackers wrote software code to randomly generate numbers that mimicked serial numbers of the AT&T SIM card for iPad – called the integrated circuit card identification (ICC-ID) – and repeatedly queried an AT&T web address. When a number generated by the hackers matched an actual ICC-ID, the authentication page log-in screen was returned to the hackers with the email address associated with the ICC-ID already populated on the log-in screen.

The hackers deliberately went to great efforts with a random program to extract possible ICC-IDs and capture customer email addresses. They then put together a list of these emails and distributed it for their own publicity.

As soon as we became aware of this situation, we took swift action to prevent any further unauthorized exposure of customer email addresses. Within hours, AT&T disabled the mechanism that automatically populated the email address. Now, the authentication page log-in screen requires the user to enter both their email address and their password.

I want to assure you that the email address and ICC-ID were the only information that was accessible. Your password, account information, the contents of your email, and any other personal information were never at risk. The hackers never had access to AT&T communications or data networks, or your iPad. AT&T 3G service for other mobile devices was not affected.

While the attack was limited to email address and ICC-ID data, we encourage you to be alert to scams that could attempt to use this information to obtain other data or send you unwanted email. You can learn more about phishing by visiting the AT&T website.

AT&T takes your privacy seriously and does not tolerate unauthorized access to its customers’ information or company websites. We will cooperate with law enforcement in any investigation of unauthorized system access and to prosecute violators to the fullest extent of the law.

AT&T acted quickly to protect your information – and we promise to keep working around the clock to keep your information safe. Thank you very much for your understanding, and for being an AT&T customer.