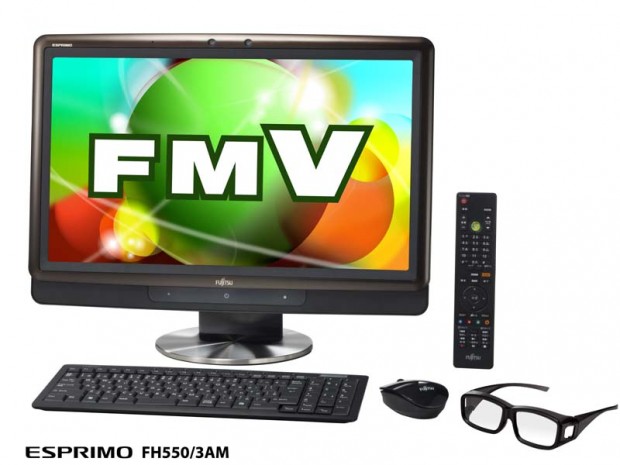 Teased last month, announced [JP] today: Fujitsu took the wraps off a 3D desktop PC that has a quite unique selling point: it comes with a camera that lets users shoot pictures and video in 3D. The ESPRIMO FMV FH550/3AM will not only display user-generated 3D content on its 20-inch screen but also 3D Blu-rays and 3D video from other sources.

Here are the specs:

Fujitsu plans to start selling the 3D PC in Japan on June 17. Price: $2,180 (including a wireless mouse, a remote control and a pair of 3D glasses). No word on international distribution plans ye