Twitter COO Dick Costolo offered some updated stats at the Conversational Media Summit today in New York City. Twitter is now attracting 190 million visitors per month and generating 65 million Tweets a day. “We’re laying down track as fast as we can in front of the train,” says Costolo. These numbers are up slightly from 180 million self-reported unique visitors per month back in April, and 50 million Tweets per day in February.

The number of visitors to Twitter.com is not the same as the number of registered users. (ComScore, in contrast, estimated 83.6 million worldwide unique visitors to Twitter.com in April and 23.8 million U.S. visitors in May, see chart below). Most users, says Costolo, don’t Tweet at all, but rather use Twitter as a consumption media. How many of those 65 million Tweets are automated spam is not clear.

Once again, Costolo reiterated Twitter’s stance that “we will not allow third parties to inject ads into the stream.” When Twitter rolls out its Promoted Tweets, it will control them 100 percent. Some brands doing early beta testing with Promoted Tweets are seeing, on average, 2.5 percent “engagement rates,” as measured by replies, retweets, clicks and so on. He also mentioned that Twitter soon will be rolling out an analytics dashboard for commercial customers and brands. Advertisers will be able to target messages by interest and topics, but not by individual users. And on Twitter’s privacy policy, he says, “Our privacy policy is very simple: You can have a protected account, or not. If not, everything is public.” Nobody seems to be having fits over the fact that everything on Twitter is public, but then they knew that going in. 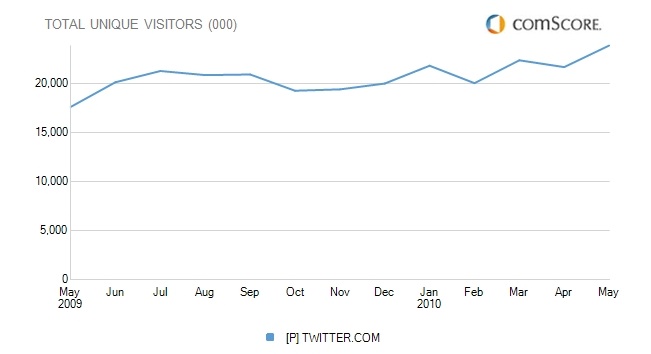