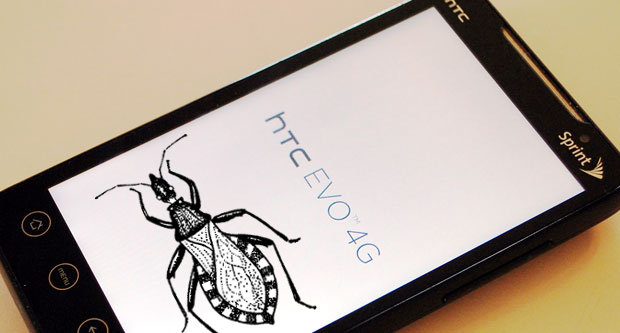 Uh-oh! It seems that the super-fab (but electrically challenged) Sprint EVO 4G will be shipping with an unintentional stow-away.

Reports are floating around the net that some users who received their EVOs at Google I/O the other week are unable to save files to the MicroSD card. Instead, they get a permission error.

Now, we of the TechCrunch family have done two separate reviews of the device, and have not been affected by the bug, but there are around 20 or so users on the Android Forums complaining of the bug.

So, if you’ve pre-ordered the device and are eagerly awaiting its arrival tomorrow (or are reading this while you’re camped out the front of your local Sprint store), you may be lucky enough to avoid the bug entirely, but if you are affected by the bug, a reboot will temporarily fix the errors.

Some users are reporting that switching to a new MicroSD card has fixed the issue, but HTC spokesperson Keith Nowak has informed Wired that it is an identified software issue, and that they “are testing a solution and expect to have a software solution available very shortly that will be automatically pushed to phones over the air.”

We’ll let you know when it becomes available, but in the mean time, let us know in the comments if your latest toy is affected.