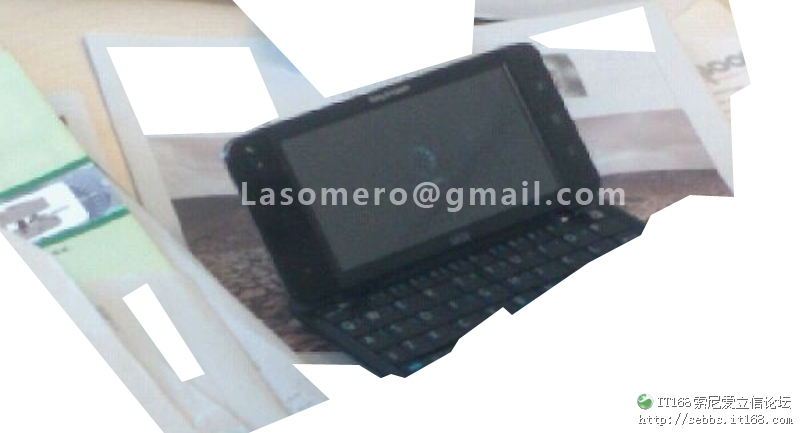 Hoowee! Look at this thing! What you’re looking at here is a very early prototype of an upcoming Sony Ericsson 5-inch, full-QWERTY Android phone, and I gotta say, I kinda like it.

However, 5 inches does make it a bit of a beast, moving the device squarely into too-big-to-be-a-phone-too-small-to-be-a-tablet territory… but look at that keyboard! It looks totally typeable!

The sleuthy photographer (translated link) says that it is running Android 2.1, with no current plans for Froyo, but, as it’s a very early prototype, both the software and the body may very well change.

Obviously, there is no news on release dates (let alone pricing), but you can rest assured that as more leaks surface, we’ll be typin’ em up, just for you.