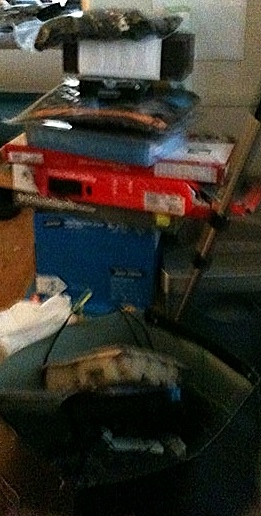 You know when an app company is serious when they send out a press release. I’ve gotten more releases about durfy little apps that I know what to do with, but this one is special. Sent to us by Greg, the author of Wi-Fi Sync, it basically says “This is great and new, but to get it you have to hack your iPhone and give money to the Cydia store.”

As far as I can tell, this is the first formal press release for a jailbroken iPhone/iPad app ever. While it’s no big deal to have a press release on PR Newswire – anyone can do it – it’s fascinating to see the Cydia store be given a jolt of authority with Greg’s move.

The app itself is pretty good – I used it for a few weeks and then stopped, just because I rarely needed to sync over Wi-Fi –

New application allows easy wireless remote syncing from a variety of platforms
BIRMINGHAM, England, June 4 /PRNewswire/ — Independent mobile developer Greg Hughes (http://www.getwifisync.com) is pleased to announce “Wi-Fi Sync,” a groundbreaking and revolutionary wireless syncing application for the Apple iPhone, iPod touch and iPad. Wi-Fi Sync is currently available at a promotional sale price of $4.99. On June 11, the application returns to its $9.99 retail cost.
This simple and powerful application allows users to sync a compatible device (iPhone, iPod touch or iPad) with a Windows (Windows XP, Vista or Windows 7 operating system) or Mac OS X computer without connecting the phone to the computer, anytime – with just the touch of a button, by running the Wi-Fi Sync application on the device while connected to a Wi-Fi network.
Wi-Fi Sync enables wireless syncing with iTunes at the touch of a button, rendering USB cables obsolete. An upcoming update is planned to give Wi-Fi Sync users the ability to sync over 3G or VPN. The application’s features allow all iPhone users the ability to backup and protect their data at anytime, anywhere.
“Many people find it inconvenient to manually sync their devices and do it once a month, at best,” Hughes said. “I know from personal experience that’s not close to enough. I lost my phone once and with it all of my crucial information. Wi-Fi Sync allows all iPhone users the ability to backup and protect their data anytime, anywhere and avoid the problems I had.”
Pricing & Availability
Wi-Fi Sync is a premium iPhone, iPod touch and iPad application, available at $4.99 until June 11, 2010, then it will return to its standard price of $9.99. This application is available globally from the Cydia Store. For more information about Wi-Fi Sync, please visit http://www.getwifisync.com.
The application was submitted to Apple for inclusion on the iTunes App Store, but the company declined to approve it for sale.