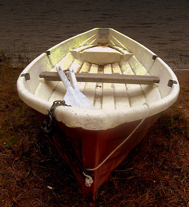 Few will dispute Amazon’s role as current king of the e-commerce space, but this week’s TechCrunch Disrupt conference raised an interesting question: Did Amazon miss the boat on social commerce?

At the conference last week in New York, John Caplan, CEO, OpenSky; Rob Kalin, CEO, Etsy; Susan Lyne, CEO, Gilt Groupe and Dan Porter, CEO, OMGPOP sat down to discuss the idea of social commerce and where the marketplace is going in the future in terms of both monetization and socialization. All of the panelists seemed to agree that Amazon will continue to reign supreme in “commodity commerce” but will not be able to lead social commerce. Kalin stated, “I think Amazon is doing a good job monopolizing the boring way of shopping.” Caplan agreed, saying that “Amazon will own commodity commerce. They won’t lead the way to relationship commerce and more and more people are craving relationships in shopping.”

These relationships have captured the attention of millions of paying customers, and in turn, the interest of marquee investors from around the globe. Groupon recently raised a massive round valuing the company at $1.35 billion. Meanwhile, Gilt Groupe is expected to triple revenues this year, and fellow flash sale site Vente-Privee itself is on target to €650m in turnover globally this year.

Other industry giants are thinking through ways to horizontally integrate into the social commerce space. eBay, for example, is aggressively targeting the flash sales market, having recently launched the Fashion Vault, a flash sales site that offers deep discounts on designer items.

Meanwhile Amazon’s interest in blending commerce with social dynamics seems flirtatious at best. It dipped its toes into the group- buying dynamics with a lightening deals feature, which allows a limited number of discounts in a given day for users. But the feature is hard to find, and Amazon doesn’t seem to be taking steps to make it more discoverable. Perhaps they are testing the viability of the product, but the industry is moving too fast to take an overly measured approach.

It was also rumored that Amazon was sniffing around Vente-Privee last Fall. Amazon, along with eBay and even Gilt, considered spending $1.5 billion to $4 billion in exchange for a rapid move into the space.

And while an acquisition may make perfect sense for a cash-rich company like Amazon (they have $5 billion in cash and securities), some will argue that they should continue to focus on scaling their traditional online retail business. After all, revenue continues to rise as they continue to sell ridiculous numbers of Kindles, and other products. And the executive team hasn’t exactly been complacent, particularly with the recent $1.2 billion acquisition of Zappos.

And yet a dogged focus on “commodity commerce” may prove to be short-sighted. For over a decade, Amazon and eBay have enjoyed the fruits of a market that required a greater focus on scale than on innovation. But the rise of Groupon, Gilt, LivingSocial, Vente Privee and other social e-commerce sites have taught us an undeniable truth that customers are ready for something different. The question is whether Amazon will disrupt its own model in order to preserve its reign as the king.