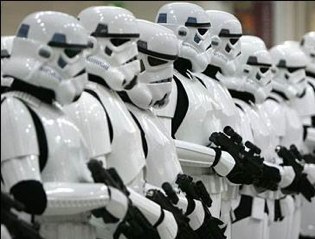 One of the founders of Reddit, a Digg-clone, openly criticized Digg founder Kevin Rose yesterday for his plans to implement “me-too” features into the new version of the service. We consider this to be absurd and rather impolite.

Yesterday we discovered a video showing some of the features of the upcoming relaunch of Digg. In a nutshell, Digg has been trying to find a way to leverage social sharing to make the site more relevant, and users will soon see links to interesting things based on the what people and entities they choose to follow are voting on.

That goal isn’t anything new, founder Kevin Rose has been talking openly about it for more than a year now.

Will it help save Digg, which has been stuck in a no-growth cycle for years now as services like Twitter and Facebook have surged? I have no idea. I do know that Digg will now become much more personally relevant to me, and TechCrunch will certainly be auto-publishing to Digg and adding a Digg button to posts.

I love nothing more than shouting my opinion on things, and I’ve been particularly harsh on Rose and Digg over the last several months. But opinions are one thing. Rewriting history is another.

Reddit, a site for discovering and sharing new things, was launched in mid-2005, more than six months after Digg. There were very few differences between Reddit and Digg then, and they haven’t diverged all that much since then, either. Both sites allow users to vote on submitted stories/links, and the most popular stories are on the home page. Reddit ripped off the core Digg idea when it launched. Which is totally fine in my opinion, since the Internet has evolved in this way from the beginning. You take someone else’s ideas and you try to improve on them.

…this new version of digg reeks of VC meddling. It’s cobbling together features from more popular sites and departing from the core of digg, which was to “give the power back to the people.”

Those are your words from that aforementioned 2004 video segment.

Kevin, you absolutely deserve all the credit for starting the movement — fascinating things happen when online communities can efficiently share content. Whales get silly names and we can expose the tragedies our fellow man endures faster than ever before.

It’s a damned shame to see digg just re-implementing features from other websites.

Is it reasonable criticism? Absolutely (although I disagree with it). And when it’s being said by someone who cloned the site that he is now complaining is copying features from others, it becomes absurd.

But hold on just one minute – Ohanian says he never even knew about Digg when he decided to build Reddit half a year after Digg launched:

Funded by Y Combinator, Steve Huffman and I started work on reddit in June 2005, which we launched a month later. A month after that, we learned about digg and realized this was going to be an interesting new space — we had some catching up to do.

Is that possible? Did they really invent the Digg idea completely independently from Digg six months after Digg launched? And no one at Y Combinator pointed out that there were similarities?

Paul Carr put this best when we were discussing this post internally on Yammer: “So at best they did zero research before they launched Reddit into a space that kinda relies on the founders knowing where to find cool new stuff online.”

Everyone knows that Digg needs to do something to find relevance again. This new version looks as good to me as anything else I’ve heard suggested, and it certainly doesn’t smell like something the venture capitalists forced down their throat. Kevin returned to a full time role at Digg earlier this year and clearly wants to prove that he can bring this company back to life. He’s excited about Digg, clearly. He may succeed. He may fail. But at least he’s in the arena and fighting valiantly.