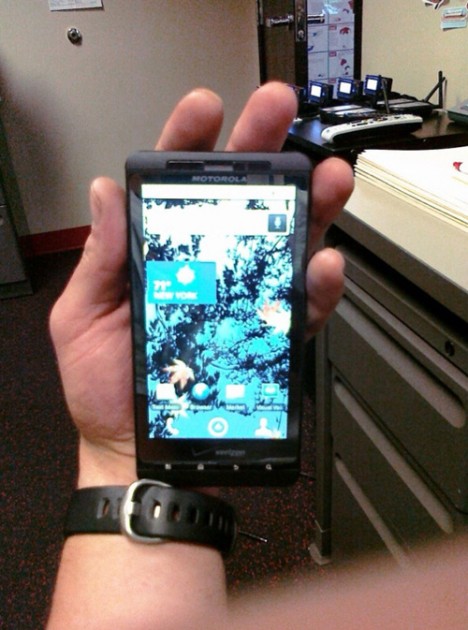 According to the WSJ, Motorola president Sanjay Jha said that “We will introduce new Droid products in the Verizon franchise.” This probably means something like the Droid Shadow that “appeared” in a toilet recently.

We can also expect about a dozen new phones from Motorola this year, although not all of them will run Android.