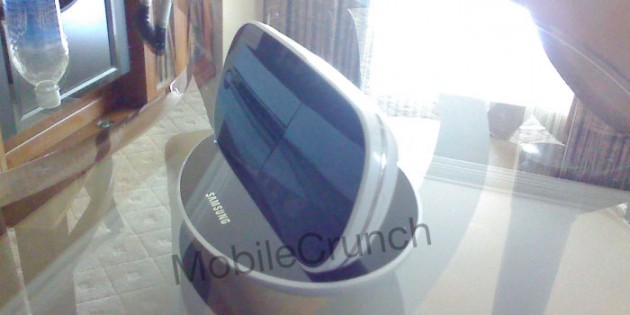 Yesterday was a sad day for me, albeit one that was a long time coming. Yesterday, Helio, a wireless MVNO co-operated by EarthLink and South Korea’s SK Telecom, let out its final death cry. As I predicted in March, Virgin Mobile, who had acquired the failing company just two years prior, was pulling the plug on the post-paid side of their service that Helio had become. The lights were dimmed, the blinds were closed, and accounts were terminated. Just like that, Helio was dead.

As a small (yet lovely) chunk of our MobileCrunch readers may know, Helio was of some importance to me. On a whim one weekend, long before I became a writer here, I founded a community called Heliocity — which, as you could probably guess by now, was focused on Helio. It was a pretty tightly knit group of 10 thousand-or-so of the geekiest geeks you’ll ever meet, hacking at — and nerding out over — every Helio phone we could get our hands on. That community got me into blogging, which took me to all sorts of industry events, where I in turn met all the people who eventually lead me to my job here at TechCrunch.

To celebrate this nostalgia and recognize the rather cool company that once was, I present: the Helio Ocean 3. This is the phone that was to be Helio’s savior; this is their unfinished magnum opus. Prior to today, it was a myth; no one outside of the company had seen it, and the number of people within the company who had seen it could be counted on two hands.

First, a bit of history. (If you just want the details of the device itself, hop down to the bullet points below) In May of 2007, the original Ocean was released. It was — by all standards at the time — a pretty fantastic phone. It was a phone that you wanted to show off. A phone your friends asked about. A phone you felt cool using. Ask any gadget blogger about the Ocean; chances are, they’ll wistfully stare off into the sunset, a single tear rolling down their cheek. 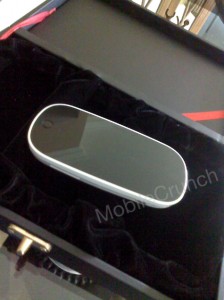 A month later, the iPhone was released. If any one thing put a bullet through Helio’s head, it was this. Everything the Ocean had to offer, the iPhone did it better. Helio recognized this, and tried hard to combat it (going as far as launching a direct “Ocean vs iPhone” campaign, heavily tailored to show the Ocean’s strengths) — but it was no use. Almost over night, the iPhone became a fashion statement. Where as Helio had managed to convince around 200,000 people of their “coolness” in 2 years, the iPhone convinced 1 million people in 3 months.

By the time the iPhone was announced and available, Helio was already knee-deep in building the Ocean’s successor, the aptly named Ocean 2… and it paled in comparison to the new contender. It was too late to turn back; Helio was bleeding cash, and just needed to make any sort of movement to convince people they were still alive. Virgin Mobile acquired Helio and, after some delay, released the Ocean 2.

Flash back a few months, before the Virgin Mobile acquisition. Helio had learned its lesson: if they were going to fight this fight, they had to throw down the gloves and do it right. As the Ocean 2 was reaching the end of its development cycle (many months before its release), work on the Ocean 3 — a massive stray from anything the company had done before — began. Funds were scrounged, executive changes were made, and their last ditch effort began. 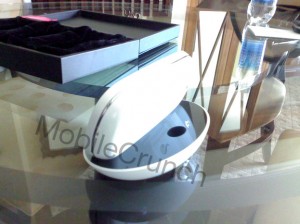 Alas, this was an unwinnable fight. While a spectacular handset in theory, it was a distant dream. It quickly became clear that taking this handset from the prototype stage to anything resembling a worthwhile contender in the now exploding mobile space would have cost millions — and those were millions that no one involved was willing to spend. SK Telecom began looking for a buyer, and found one in Virgin Mobile. The project was canned along with most of the remaining employees, followed two years later by the entire operation.

G’night, Helio – you were good to me.