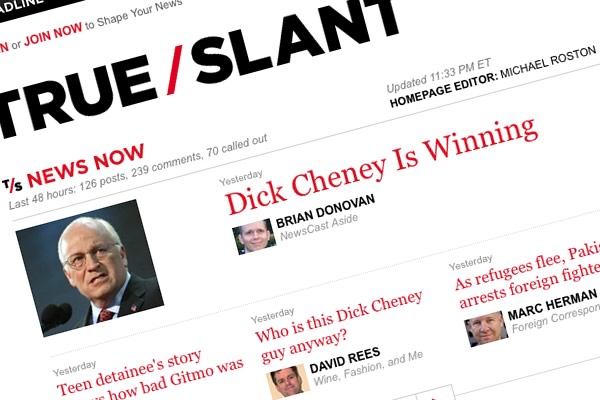 Just a couple of days after PaidContent ran a story about freelance news site True/Slant reportedly being in M&A talks, Forbes Media announced today that it has agreed “in principle” to buy the company.

True/Slant founder and CEO Lewis Dvorkin will be joining Forbes to lead all editorial areas at Forbes as Chief Product Officer effective June 1.

It isn’t much of a surprise for Forbes specifically to make that move. Dvorkin has after all been consulting with Forbes in April. Also, he was Executive Editor of the Forbes magazine from December 1996 to April 2000.

He was previously Page One Editor of The Wall Street Journal, a Senior Editor at Newsweek, and an editor at The New York Times. He’s also former Senior Vice President, Programming at AOL.

Furthermore, Forbes invested in True/Slant back in August 2008 together with Fuse Capital (the company raised a total of $3 million).

The terms of the acquisition have not been disclosed.