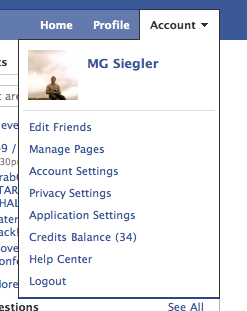 On stage today at TechCrunch Disrupt in New York City, Facebook’s vice president of product Chris Cox announced that starting tomorrow, Facebook will be rolling out “drastically simplified” and improved privacy controls. He didn’t give any details, but did suggest that they should alleviate some of the recent privacy problems Facebook has faced.

Ever since the recent wave of privacy backlash began following Facebook’s f8 conference, Facebook has been saying they were listening to feedback and would respond. No less than CEO Mark Zuckerberg has been talking about the issues very publicly. He has said they “missed the mark” and “made a bunch of mistakes.” He also has said they are working on a “simpler way to control your information.”