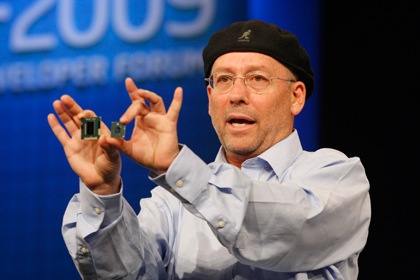 Intel is ready to take on the Apple A4 CPU and will show off its solution at the upcoming Computex conference. The chip maker is apparently almost ready to unveil a silicon meant specifically for tablets. Who knows if Intel PC Client Group VP actually had the green light to reveal the upcoming announcement, but that’s exactly what he did.

CarryPad has the audio clip but the man basically stated the chip will be physically thinner than the current crop of ULV chips. Of course it’s also designed for lower power consumption and heat output, which is a must for a tablet.

The VP didn’t let anything else slip, though, so we’re going to have to wait until Computex for any more details.