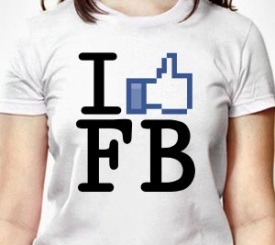 AllFacebook boasts a nice feature where you can see what the top performing Facebook Pages are – meaning which Pages have gathered the largest following to date. The problem is that there’s apparently a significant lag, and that the data presented is therefor inaccurate (for example, it undercounts the number of fans of the popular Texas Hold’em Poker page by nearly 1.5 million).

Enter Fan Page List, which is entirely dedicated to ranking the most popular Pages on Facebook as well as rankings for various categories, such as Actors, Politicians, Movies, Games, TV Shows, News, Athletes and more, in real time.

One of the categories that is the most interesting is the list of top brands on Facebook.

Let’s have a look, shall we?

In case you’re wondering why Apple is nowhere to be found in the top brands ranking: the Cupertino company doesn’t even have a proper Facebook Page to begin with (it looks like facebook.com/apple was taken by someone else). Microsoft does, but only comes in at #99 with 117,444 fans. But hey, at least they still made the top 100 list, right?