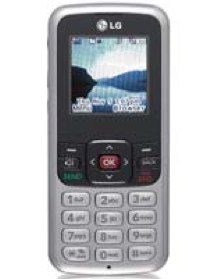 Note: Our MobileCrunch readers will be horrified by this post. But lately I’ve been on a rant about using simple technologies that just work, instead of always trying to make at least the basic features of the newest and greatest product we’ve ever seen do something spectacularly awesome, like make a phone call that doesn’t end from a carrier drop or a dead battery.

A week ago I found myself in a difficult position mobile-phone wise. My two go to phones – the Motorola Droid on Verizon and the Nexus One on T-Mobile – were history. The Nexus One mysteriously disappeared during my move to Seattle. And the Droid, my backup phone when I needed rock solid Verizon coverage, came to an untimely and violent end during extended “testing” on my rock slate tile floor. I was without a working mobile phone of any kind.

Normally I’d remedy that situation by buying a new phone. But I wasn’t about to shell out a few hundred dollars for a phone with the HTC EVO coming just around the corner. I needed something to get me to June 4 when Sprint will sell me that phone.

That’s when I became immersed in the pre-paid phone world. Based on watching The Wire, I knew pre-paid phones were important tools of the drug dealing trade – if you are careful enough and switch phones often, it’s extremely hard for the Baltimore police department to get a solid wire tap on your pre-paid phone, for example. Other than that, I could not speak intelligently about what they had to offer.

So I walked into my friendly neighborhood Radio Shack and took a look at what they had to offer. These aren’t exciting phones, unless it was 1999 again, in which case the tiny color screen would be very cool. But they’re small and, importantly, they make phone calls.

And wow are they affordable. For $25 I walked out of the store with a Net10 LG 100 phone that had 300 minutes of talk time included over a 60 day period. As long as you buy more minutes all the minutes keep rolling over to new months. And there is no contract and no termination fee. I pointed my Google Voice phone number at the phone, and everyone that calls my normal number gets through just like they did on my old smartphones.

The phone has features such as making calls, receiving calls, a speakerphone that’s better than any smartphone I’ve had, and a battery that seems to last forever. It also does text messaging and has a variety of cheesy ring tones to choose from.

That’s it. And five days later after heavy usage I’m not sure I’m going to stop using it. The call quality, despite the fact that it uses the AT&T network, is five stars. Calls fail to be dropped. I consistently am able to hear what the person I’m talking to is saying. All of these things are new experiences to me, or at least new in the last few years.

I tend to carry my iPad around everywhere with me, which does browsing and apps a lot better than any smartphone anyway (although the Google Voice website is a mess on the iPad). I haven’t been using the data connection on my other phones that much since the iPad, so losing those features doesn’t matter much.

And really, for certain social situations, like dinners, all this phone activity needs to stop anyway. If you can’t check into Foursquare or Gowalla with your phone, you definitely won’t be. I found I was having actual conversations with people instead. While my tiny prepaid phone sat lightly in my pocket, humming on a full battery charge.

So there you have it. A one time Cult of iPhone charter member, who abandoned Apple for the promise of Android and Google Voice, is now a hard core LG 100 prepaid phone fanatic.

And I’m going to stay that way until June 4, when my failing sense of self control will walk me into a Sprint store and purchase a HTC EVO. I’ll probably forget all about the LG and leave it at the checkout or something. Because love is fleeting, and shiny stuff, after all, is cool.

But until then, if you see me at TechCrunch Disrupt next week, ask to see my phone. You’ll want one, too. If you think “uh gawd” every time someone pulls out their iPhone, which is more of a fashion statement than a mobile phone, you may just be the person to help start the newest trend in mobile – full on retro (as long as you have an iPad close by, you understand).