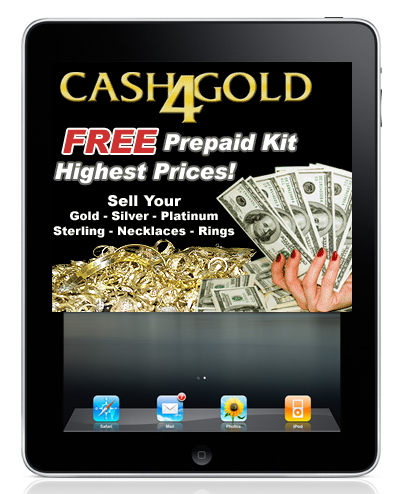 A recent report by the local ABC affiliate in the Bay Area uncovered some startling information: Apple Stores weren’t accepting cash for iPads. That’s right, you had to pay with credit or no iPad for you.

Following the 7 On Your Side report, there was “outcry all across the country,” ABC 7 reports. Not anymore. Apple has responded. Thank God.

Apple has changed its store policy to now accept cash and credit cards when customers want to pay for an iPad. “We want to make sure it’s as fair as possible for people to get iPads,” said Apple Sr. Vice President Ron Johnson tells ABC 7.

Effective immediately across the country, if you want to use cash to buy your iPads, you can now do so (provided you register for an Apple account, which you’ll need for the iPad anyway).

And that’s not all. Apple was so moved by the story of one woman feature in the investigation, that they decided to drive to her home and deliver her an iPad for free. Her key quote for the investigation? “Mr. Jobs, give a sister a break.”

A break, she got.

“What I would like to say to Steve is thank you,” the woman now tells ABC.

In all (okay, somewhat) seriousness, this part is somewhat interesting:

Johnson tells 7 On Your Side that grey market sales were never the issue, as many assumed. He says the policy was instituted to make sure the tablets were fairly distributed during a time of high demand. Now, he says, he hopes it will be even more fair by reaching customers who want to buy with cash.

So the policy was in place for a stated reason, that reason hasn’t gone away, and yet Apple just decided to change its policy? It sounds like some of Apple’s critics need to take a lesson from ABC 7 and this woman.

This is great news for anyone with with $500 to $1,000 in cash burning a hole in their pocket. Well, unless they actually want to buy an iPad. Those are still sold out across most of the country.