Today at the Google I/O conference in San Francisco, Google showed off a preview of a major new product: the Chrome Web Store. Yes, this is an app store for the web.

As you can see in the images below, those big icons are all web apps. This is where the apps you choose in the store with reside. In the store itself, you will see a gallery full of these icons (much like the Chrome Extension gallery, or the Chrome Theme gallery). You can see ratings for the apps, as well as reviews. But perhaps most importantly, developers will be able to charge for these apps.

“Developers care about monetization. But they need more than just advertising,” Google VP Product Sundar Pichai said on stage. With the Chrome Web Store, Google has simplified the process of buying apps on the web. Once you sign in to your Google account, apps are just one click away (presumably using Google Checkout). From there you can say, buy Plants & Zombies, the very popular game in Apple’s App Store. But this runs all on the web in Chrome, thanks to Flash. You can run the game full-screen as well.

Another game is Lego Star Wars. This game is run through Chrome’s use of native client (so developers can use native code to develop for the web). This is a full 3D game, built using rich HTML5 APIs.

There will also be apps in this store based around content. This means that magazines and periodicals will be coming to the store — and they’ll be able to charge for them. Sports Illustrated showed off its web app on stage.

As an example of pricing, Google showed that MugTug Darkroom (shown below) will be $4.99.

But this exciting new store comes with another cost: you have to be using Chrome to use this store. It will be built right into the Chrome browser starting soon — and yes, into Chrome OS when that is launches later this year. But these web apps will be able to work on other browsers, Google says. It’s just that you have to get them through the Chrome Web Store, apparently.

This store just made Chrome OS a lot more interesting — to be developers and users. Google is attempting to take the currently popular idea of one-click app purchasing and translated it to the web. This is a direct shot at both Apple and Microsoft.

Here’s some more info from Google:

Are applications in the Chrome Web Store different from other web apps?

What’s the advantage of “installing” an app from Chrome Web Store?

When Google Chrome users “install” a web application from the store, a convenient shortcut is added for quickly accessing the app. Installed web apps can also request advanced HTML5 permissions. For more information, read the preliminary documentation about installable web applications in Chrome.

How will I add my web application to the store?

We will invite developers to start adding their web apps later this year before the Chrome Web Store opens. To find out how to prepare your web app for the store, read our preliminary documentation and join our developer discussion group.

When is the Chrome Web Store opening?

The Chrome Web Store will be available for users and developers later this year. Subscribe to our developer discussion groupand the Chromium blog for updates.

Here’s the app page for installed apps in Chrome: 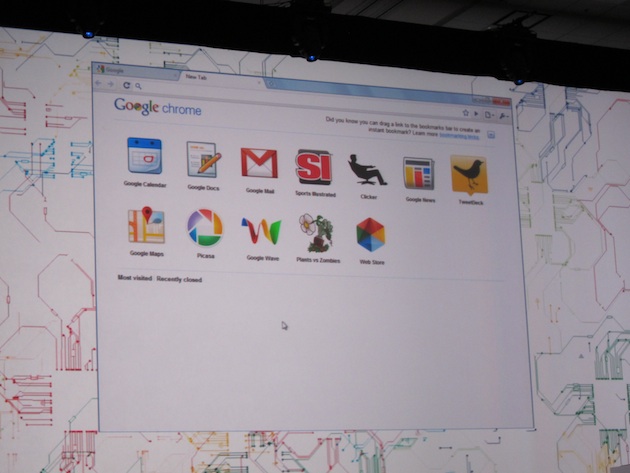 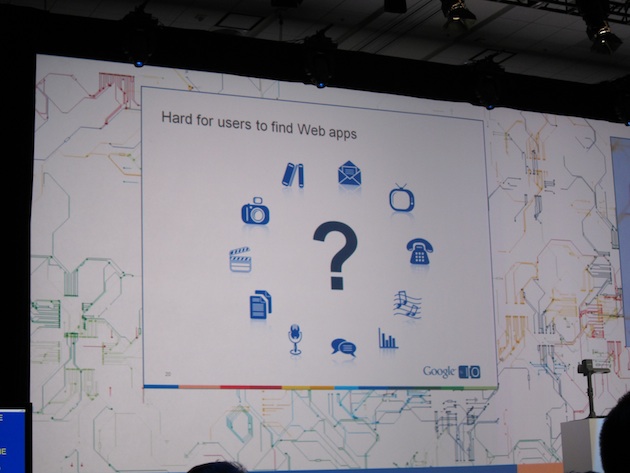 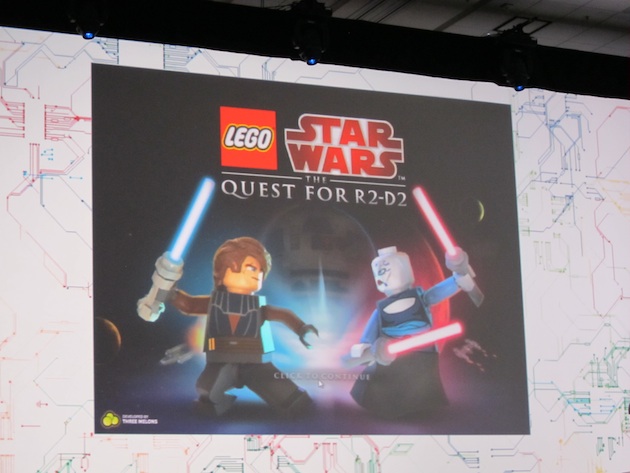 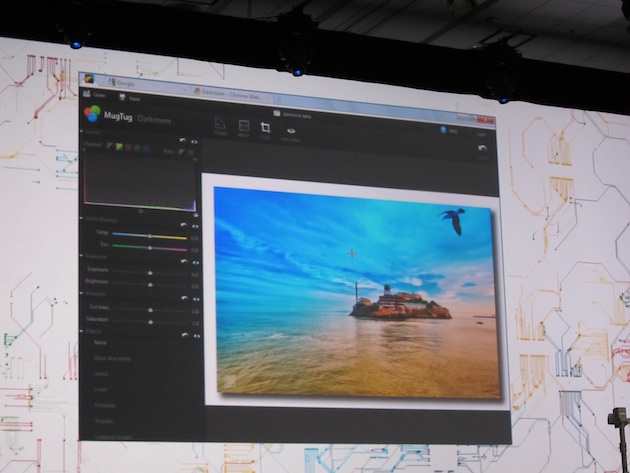