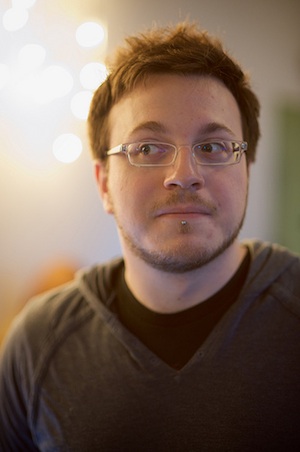 A couple years ago when Twitter was having major scaling issues, engineer Alex Payne was able to work through them to help create the Twitter API. That API, of course, is now one of the most important on the web. And now Payne is moving on to a new challenge.

As he tweets today and writes on his personal blog, Payne has quit Twitter to join the social banking startup BankSimple as a co-founder. More on that in a second. First, a little bit more about Payne’s time at Twitter, and his departure.

Payne started working at Twitter in January 2007, when it was technically still under Obvious Corp. By May, he had moved to San Francisco, just as Twitter was starting to take off a bit. While at first, he was working on a random selection of things that Twitter needed, he eventually focused on the API. That API quickly became the way most users were interacting with the service. And in August 2008, Payne was rewarded for his foresight by being promoted to API Lead.

But along with Payne’s success, he also seemed to find controversy. In 2008, Payne posted a Q&A on the Twitter Developer Blog, answering questions from third-party developers. One question asked if there was anything users could do to lighten the load (Twitter was in the midst of major scaling issues at the time), Payne responded that “popular” users were generally the ones that hit the system the hardest and caused issues. While true, this upset some of the “power users” such as Robert Scoble. He felt that his heavy use of the service contributed to its fast success and that he shouldn’t be blamed because they couldn’t scale to match it.

Twitter quickly clarified Payne’s comments, but again, noted that the Scoble problem was an issue. That issue, was of course solved eventually. But others arose.

In February of this year, Payne made headlines again when he tweeted that some of the site features that Twitter was working on may make users forget about using third-party Twitter clients. This enraged (and scared) a portion of the Twitter developer community, which thought Twitter was now coming after them. Payne once again had to backtrack from those comments, but in reality, he was in many ways right. Soon after, Twitter bought Atebits, the makers of Tweetie for the iPhone, and launched their own Android and BlackBerry apps.

More importantly, Payne’s comments were not something he should have had to apologize for. It’s ridiculous to think that Twitter wouldn’t be working on building the best product that it could make. Still, the incident presumably led Payne to take a hiatus from blogging.

Meanwhile, Payne was also taking a step back from his role at Twitter. Back in October of last year, he noted that he was “taking on a new challenge.” This included “working on new layers of Twitter’s infrastructure” but Payne also tweeted that he was working on some sort of unnamed project. It’s unclear what that was or if that will see the light of day now. More significantly, this move meant that Payne was no longer in charge of the API, as the more robust Twitter Platform sprouted up around him.

With regard to leaving Twitter, Payne notes that, “Walking away from Twitter wasn’t an easy decision. Working there has been a life- and career-changing experience. I’ve learned all sorts of lessons, made great friends, and worked on something that millions of people now use every day.” When I asked Twitter about the departure, I got back that the move was “absolutely amicable.  He has a great opportunity on his hands, and we’re happy that Twitter provided a key role in giving Alex the experience to help him obtain it.”

So what is this new project?

As I noted, Payne will be a co-founder, as well as Chief Product and Technology Officer at BankSimple. According to their about page, BankSimple is “an easy, intuitive, and social bank for people who appreciate simple online services. Unlike other banks, we don’t trap you with confusing products nor do we charge any hidden fees. No overdraft fees. We use sophisticated analytics to help you better manage your finances by providing you a individualized service, catered to your needs and goals.”

The service is set to launch later this year “with a simple card with in built checking, savings, rewards and a line of credit.” This post from April on their blog gives a bit more about the idea behind the company.

“We have absolutely no intention of spending your money on high-budget ads. The best way to sell a product is to have a kick-ass product. And for us this means no hidden fees, fantastic online experience, awesome customer service and, a much simpler, personalized financial service.”

Of course, online banking with a bank that’s not an established one is bound to be controversial. And maybe that’s a perfect fit for Payne.