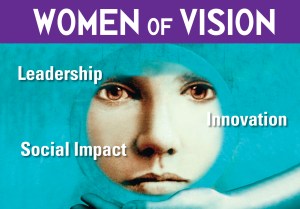 I am quite used to controversy—unsurprisingly, given the topics that I have been exploring with my academic research. But what has really been a surprise is the hornet’s nest that I seem to have stirred up with my two TechCrunch posts and BusinessWeek column on the dearth of women entrepreneurs. At every event I’ve been to recently, women have come up to me to say thanks for raising awareness of this issue and for providing them with encouragement; the New York Times ran a big feature story echoing my words; and several VC friends sent me emails congratulating me for “having the courage to speak up”. On the flip side, I’ve also taken fire from some VCs. One woman VC wrote a TechCrunch post chiding me for being “patronizing”; others declared on Twitter that all my posts are “garbage”; and I received some really nasty e-mails questioning “my agenda”. So I know that I’ve touched a nerve, and that this is a really important topic.

There is little doubt that there is a problem, and that it is societal. Women start only around 3% of the nation’s tech firms; they are almost absent in high-level technology positions; they contribute to fewer than 5% of all IT patents and 1.2% of open-source software; and the proportion of women-led companies receiving venture capital has dropped dramatically over the past few years. This is despite the fact that girls now match boys in mathematical achievement; 140 women enroll in higher education for every 100 men; and women earn more than 50 percent of all bachelor’s and master’s degrees and nearly 50 percent of all doctorates (see this white paper by Cindy Padnos).

It’s not that women can’t cut it in the rough and tough business world. Women-led companies are more capital-efficient, and venture-backed companies run by a woman have 12% higher revenues, than others. They also have lower failure rates. A new Kauffman Foundation report, which I coauthored with Joanne Cohoon of the National Center for Women & Information Technology, shows that women and men company founders are remarkably similar in their backgrounds, motivations, and success factors.

I’ve never suggested that women should receive special treatment. Quite to the contrary, I’ve written that they need to learn from other groups, such as Indians, who achieved extraordinary success by helping each other. What I’m arguing is that if you’re going to fix a problem, you need to start by admitting that it exists and then fix its root causes. Don’t pretend that everything is okay just because you can highlight a few random successes.

I realized what the biggest societal problem is, when listening to three great women tell their stories at the Anita Borg Institute Women of Vision Awards Banquet, last Wednesday: Mom and Dad. 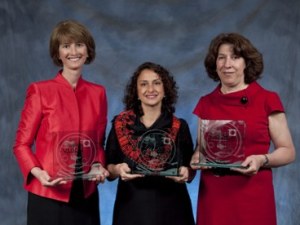 My former dean and mentor at the Pratt School of Engineering at Duke University, Kristina Johnson, attributed much of her success to her parents. Her father, an electrical engineer, taught her the joy of building things and helped her develop a curiosity for how things work; her mother taught her the importance of education in what Eleanor Roosevelt called “the beauty of our dreams”. Kristina is now working as Under-Secretary of Energy in the Obama administration to “save the planet”.

Columbia University Computer Science professor, Kathleen McKeown, has pioneered technologies in text summarization and natural-language generation. Her mother was an applied mathematician who was determined to raise a family and work during the days when women just played the role of housewives. She taught her daughters to be tough and defy society when necessary, to fulfill their dreams.

Intel General Manager, Lila Ibrahim, who has been leading Intel’s initiatives to provide education technology to the third world, came from an Arab family, in which, traditionally, few women work. Yet her parents pushed her to pursue higher education and excel.

All three of these women said that they wouldn’t have achieved their success without the support of their parents. All were swarmed by students at the end of the evening; like most aspiring women entrepreneurs, all the young students want is some encouragement from their role models. These are the  keys to fixing the societal problems: parents need to teach their daughters that they can help change the world by becoming engineers and scientists, and successful women need to provide them with encouragement and coaching.

I attended another very interesting event yesterday: TiEcon, which is probably the largest entrepreneurial networking event in Silicon Valley. I moderated a lively debate between Kauffman Foundation VP, Lesa Mitchell; NCWIT CEO, Lucinda Sanders; Polyvore CEO, Sukhinder Singh Cassidy; and Shmoop CEO, Ellen Siminoff, on the missing women entrepreneurs. We debated whether there was a problem and then discussed solutions.

Singh and Siminoff also talked about their supportive parents. But they argued that there is no societal problem for women; it is just a matter of women building the confidence to succeed and taking on the world —like they did. Women won’t benefit by “having a chip on their shoulder”. When presented with hard data from Sanders and Mitchell, who have been researching this, they acknowledged that women outside the valley don’t have access to the same networks as they do, and so they are at a disadvantage; as are women who don’t have supportive parents. The panel agreed that women who are at the “tipping point”—who have an interest and motivation in entrepreneurship, but lack the knowledge and support—do need help.

Lesa Mitchell said that a few years ago, she had been of the opinion that there were no societal problems and that the Kauffman Foundation shouldn’t provide special treatment to women’s groups—but had completely changed her views after reviewing extensive research and data. Women need encouragement, entrepreneurship education, and access to solid mentor networks—particularly in fields in which the deck is stacked against them.

The bottom line is that it’s all about encouraging the other half of our population to achieve its potential and thereby boosting  innovation and economic growth. Let’s be aware of the issues and work to fix them. By the way, Astia is holding an event called the We Own It Summit, in New York City on June 8, which brings together key groups together to discuss this. I encourage you to attend. I’ll be moderating the keynote panel, and have no doubt it will be interesting, to attend.