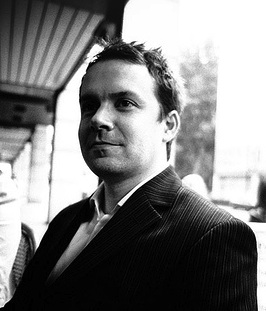 Everyone is talking about location now. But back in 2007, basically no one was talking about it. But Tom Coates was. That’s the year that Fire Eagle, an early location platform spearheaded by Coates first peeked its head out of Yahoo’s now-defunct Brickhouse. Yes, Yahoo had the pieces in place to be perhaps the key location platform 3 years ago. Obviously, that never happened. And now Coates is leaving Yahoo.

In a post tonight on his personal blog, Coates details some of his favorite memories at Yahoo over the past four years. In it, he singles out Yahoo Hack Day, Brickhouse, and Fire Eagle (as well as a dozen or so former colleagues). Coates came to the U.S. to head product for Brickhouse, which Flickr co-founder Caterina Fake started for Yahoo in 2007. A number of products launched out of there, but Coates is clearly most proud of his work on Fire Eagle. As he notes:

When I first joined Yahoo! in 2005, Simon Willison and I wrote a list of some areas we thought could be really fascinating to work on, and which could be a really huge deal over the coming years. We’d become really interested in location and had come to the conclusion that every website on the planet could be enhanced in some way if you could add some element of location.

That dream is of course coming into existence only now. Coates acknowledges that his dream was perhaps a bit ahead of its time.

In 2008, Fire Eagle launched the the public. I was at the launch event and recall it being one of the first location-based ideas that fueled my excitement about the topic. Location had just started to come on my radar with the launch of iPhone 3G and its GPS chip (and the App Store), and I was particularly interested in how services such as this would deal with privacy issues (a problem which is still an issue today). Fire Eagle actually had a very smart approach, and Coates knows it, writing today:

We spent an incredible amount of time thinking about the privacy implications of users sharing their locations. Many other services see privacy as a problem and attempt to gloss over it for their users. We thought of it as an opportunity and made the privacy features the core part of the project. Users could choose where to share, how much to share, hide themselves and change or retract their permissions at any time. I think we progressed the state of the art in that area.

But the money quote in Coates’ post has to be, “Someone once referred to Fire Eagle as the Pixies of the latest batch of Location Services, and if that’s at all true, it may be the biggest compliment I’ve ever received.” In many ways, Fire Eagle was the precursor to some of what we’re seeing now. It’s too bad, that for whatever reason, it never really took flight.

Coates notes that over the past year at Yahoo he had been working on taking some of the ideas behind Fire Eagle and applying them across Yahoo’s other location services. We’ll be seeing the results of what he’s been working on in the months (and years) ahead, he says. Let’s hope that’s true, but I’m not too confident in Yahoo’s commitment to the future of location, considering that the Director of Geo Engineering just left a few days before Coates did.

Yahoo had been making a run at the hot location network Foursquare, but the latest word is that that is now off the table too.

Coates won’t say what he’s up to next beyond taking a break. He does note that he’s been talking to a few people about interesting projects though. Hopefully he’ll be able to contribute to the exploding location field now that he’s outside of Yahoo.