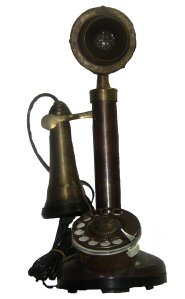 File this one under “well, duh!”. Researchers working for the NCHS “discovered” something that has been covered for years: more and more people are canceling their land lines, and just using cell phones.

The researchers gathered data from 21,000 households during the second half of 2009 and discovered what’s been common knowledge for years. Apparently one in four American homes only have wireless telephones, which is an increase of almost 2% over the first half of 2009. That means that roughly 52 million people live in households with only wireless telephones. The report was published on the CDC website, and honestly I think this doesn’t come as a shock to anyone. The only people I know of that still have landlines either need them for a fax machine or are of a certain generation.