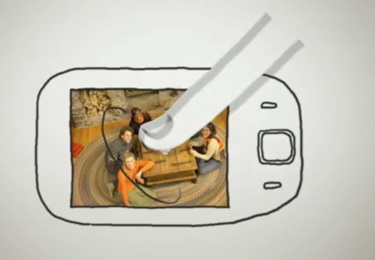 HTC is facing a serious patent infringement lawsuit from Apple covering 20 of its patents for touchscreen devices. Today, it finally responded with a vague press release announcing that it is countersuing Apple for infringing on five patents of its own. Yup, it took more than two months to find those patents, which it doesn’t even disclose in its release. And the company won’t tell us what patents are in question. I guess we’ll just have to wait until the complaint turns up.

In the meantime, HTC did decide to release a propaganda video titled, “The Quietly Brilliant Story of HTC.” It goes through HTC’s history and all of the mobile technologies it supposedly pioneered, but you never heard of because they don’t like to brag (until they are getting sued, I guess). There is a lot of emphasis on touch technologies. In fact, the video claims, “In 2007, we changed the way you use your fingers.”

I don’t even want to know what that means. But if that’s the best argument HTC can muster against Apple, it better keep looking for more patents. (Didn’t the iPhone launch in 2007?)

Anyway, here’s the video. Let’s call it Exhibit A.