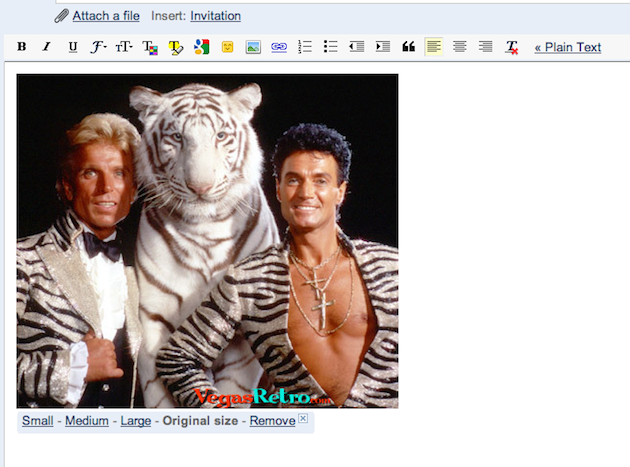 While I occasionally rag on Google Apps for downtime, the fact of the matter is that some of them are getting pretty amazing. The crown jewel is still, of course, Gmail. It’s so good that I haven’t regularly used a desktop email client in years. But despite that fact, there have still been a few things I’ve always missed, such as simple drag-and-drop to insert images into messages. Tonight, that changes.

As Google has just announced on its Gmail blog, the ability to drag images into messages has been added to Gmail. There is no Labs feature to enable, it just works — well, provided you’re using Chrome. (You see the benefit of developing your own browser?) You can simply click on any image on your computer, drag it into your browser window, drop it into the body area of your Gmail email, and it’s instantly inserted in the message.

Sure, it may seem like just a small feature (and it is), but it’s another step towards making browser email just as good as desktop email from a user experience perspective. Yes, you could get images into the bodies of emails before, but you used to have to use a button to do so (which required a few clicks — a pain). And before last year, you actually couldn’t do it at all without using a workaround.

This feature is an extension of the drag-and-drop ability to attach images to emails that Google enabled last month in Gmail.

Google says this feature will be “coming soon” to other browsers.