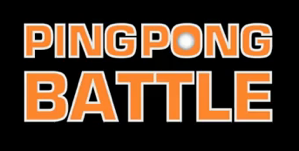 Since the iPad made its debut, we’ve seen a handful of apps that let you link multiple Apple iPhones, iPads, and iPod Touches using Bluetooth to play extra engaging (and spectacularly expensive) games. The most famous example of this is Scrabble, which lets you use your iPhone as a letter tray and your iPad as the main game board. Now we’ve come across an upcoming iPad/iPhone game called Ping Pong Battle that lets you use your iPhone as a virtual ping pong paddle and your iPad as a tabletop — and it’s aiming to make gameplay a bit more physical. In fact, the teaser video, which we’ve embedded below, shows one player doing a backflip as he does some kind of supercharged ping pong combo move.

When we first saw the video we were skeptical — it looks like it would be nearly impossible to tell where and when you’re supposed to be swinging your iPhone. Sure, for a fleeting moment you can see what direction the ball is going as it “passes through” the iPad’s screen, but using that to figure out the ball’s position in space as it virtually flies toward you doesn’t look feasible. As it turns out, the gameplay doesn’t actually rely on visually keeping track of the ball at all. Instead, everything is based on sound and timing.

When it’s your turn to hit the ball, your iPhone makes a ‘woosh’ sound, which tells you when to swing the device. You’ll never have to do any lunges or backflips to save a ball at the last second, but there is some benefit to using your iPhone to ‘slice’ the virtual ball and do other ‘special moves’ — they change the timing of when your opponent will hear their ‘woosh’ sound, so you may be able to throw them off.

So what’s the point of the iPad in all this? The game’s developers say that it helps add to the realism by letting you hear and briefly see the ball (it also shows the score). It also allows for gamers to use the device’s ‘video out’ feature to project their virtual ping pong tables onto a wall or the floor, which they say could help it go viral as users turn their matches into public spectacles. A future version will let you substitute the iPad for a third iPhone.

When it’s released in the next week or two (depending on Apple’s approval process), Ping Pong Battle will sell for $4.99, though it may have a special intro price. The game was developed by PepperGum Games in a partnership with marketing firm Lime Marketing. For more details, check out the app’s Facebook page.

if you like the sound of Wii-like iPhone games, you may also be interested in SGN’s series of ‘i’ games, including iGolf and iBowl.