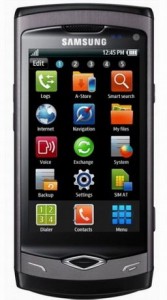 Samsung may be a little crazy to create their own OS when Android is free, powerful, and popular, but that doesn’t mean that I’m not at least a little curious about what the new OS may bring.

On that note, you may be interested to hear that the first of Samsung’s Bada-powered phones — the Samsung Wave 8500 — may be making its way over from Europe to come visit your hometown*.

Unwired Review have noticed that the Bluetooth SIG (the body that oversees Bluetooth standards and licensing) has recently approved the Samsung GT-S8500R and the GT-S8500M, mentioning that both should be available in North America. Further to this, the GT-S8500L is listed as being headed to South America.

Of course, this isn’t concrete evidence, but it seems likely.

It is worth noting that the phone’s operating frequencies will limit it to AT&T or T-mobile.

If you’re hungry for more, Unwired View also have a hands-on video of the phone in action.

*if said hometown is somewhere in North or South America