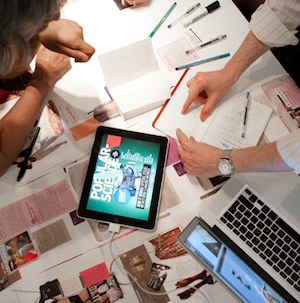 The iPad has now been out in the U.S. for exactly one month. So where does it stand? Well, it’s an initial hit out of the gate with a million units sold in less than half the amount of time it took Apple to sell a million iPhones. It’s still too early to tell the long-term impact it will have on the various industries it touches, but having used it for the past couple of weeks outside of the initial launch hype, I keep coming back to the same few thoughts. One of them is the way it alters media consumption.

Yes, this was talked about ad-naseum before the device even launched. Depending on what you read, the iPad would either be the savior of print media, or the final straw that destroyed these companies. But now, having actually used the device to consume media these past few weeks, I’m more intrigued by this idea than I ever have been. And particularly disposable media. That is, newspapers and magazines.

When I was younger I used to love reading magazines. I would come home from school, open one up, and not put it down until I was finished. I loved the mixture of (relatively) current news, professional prose, and engaging visuals. But the Internet changed everything. I can’t even remember when the last time was that I picked up a magazine. It’s too bad because while the web is better in some regard (timeliness of the news), it’s much worse in others (the presentation).

The same is true with newspapers. They up the current news and downplay the visuals, but it’s the same idea. I rarely read those anymore either — maybe if I’m on a plane. Both have been getting murdered by the Internet.

And yet, I actually do read a lot of content from magazines and the web, I just read it online — for free. But I’m not necessarily opposed to paying for content, as I used to do with magazines or newspapers, I’m just opposed to paying for content as it currently stands on the web. If some time and effort was put into the presentation, I would pay again. And that’s where the iPad comes in.

A few of my favorite early apps on the iPad have been the magazine and newspaper apps. While New York Times and USA Today keep things relatively simple with stripped-down versions of their actual papers that they give away for free as apps, The Wall Street Journal will gladly give you the whole thing — provided you pay for it. WSJ wants you to pay $3.99 a week (just over $200 a year). With it, you get access to not only that day’s paper (in iPad-form, of course), but also a 7-day archive of content, and special content.

The app has been in the top 20 apps on in the App Store for the past month. While the app itself is free, the amount of free content you have access to is limited, so it seems hard to believe that people would download it without wanting to pay for the full version. That suggests that the paper might be doing fairly well so far with the app.

But then there are the nearly 2,000 reviews of the app, which give it an average of two stars (out of five). Nearly 1,200 of those are one-star reviews, the majority of which seem to be pissed off about the subscription pricing. Others complained about the clunky subscription system. I have to agree there. Unlike the elegant in-app purchasing systems set up by many other apps, WSJ’s feels foreign and arduous. Naturally, WSJ uses this because it ties into the same system that they use to charge for regular web access to their site as well. 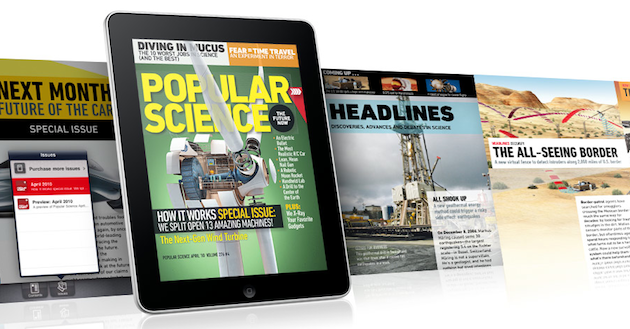 Then there are the magazines. My two favorite apps of this nature are Time and Popular Science. Whereas the newspapers tend to be more straight-up versions of the paper ported to the iPad, both of these magazines clearly had a lot of effort put into them to make them look and perform great on the device. Both, for example, provide a slightly different, but still tailored experience depending on if you are using the iPad in landscape or portrait mode. Both also contain rich media that looks great. Time, in particular, makes great use of videos that add to the content. This is obviously something that would be impossible in the print version. It should go without saying that the presentation is much better than it is on the web.

Something else these digital magazines do well: advertisements. I never thought I’d see myself write this, but I actually do not mind the ads in these apps. In fact, most of them are interactive in some way, and I can guarantee you that I’ve interacted with them more than I have with a web ad in years. Whereas almost all web ads look like absolute garbage, these look like fairly nicely done print ads that have this extra element to them. I still can’t believe I’m writing this — especially since the norm nowadays is that if there are ads, the content is likely to be free. But that’s not the case at all with these magazines on the iPad. And yet, I’m still paying, and still happy with the result.

The idea of disposable apps hasn’t really come up yet in the App Store. But because Time was creating a new, stand-alone apps for each new issue, that’s exactly what it was creating. That is, until this week when they wisely launched a singular Time app that allows you to download new issues as in-app purchases. This is what Popular Science uses as well. This method is much better. This way I don’t have to delete an app each time after I use it. Or worse, keep them and have them clutter up my screen. 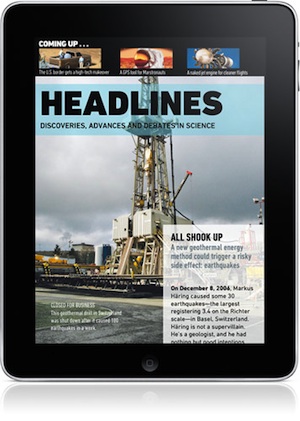 Still, I’m hardly the only one who has suffered from initial sticker shock. Whereas the WSJ had two stars, the Time app has 1.5 stars. Why? Hundreds of people giving the app one star because they say the price is outrageous. The same is true for Popular Science. The same is true for Men’s Health.

The problem is that fans of these magazines often subscribe to them, and end up paying something like a dollar or less an issue when all is said and done. But there isn’t yet a subscription system in place for these magazines. So a year of Popular Science will cost you $60 on the iPad, rather than $12 if you subscribed to it regularly. But help is coming. As Apple 2.0 detailed over the weekend, in the next month or so, Apple will allow these magazines to start offering subscriptions. The plan then, is to sell a year’s worth of Popular Science on the iPad for $30 — half off.

The other problem, of course, is that most of these magazines have their content (at least some of it) available online, for free. Hell, you can just point the Safari web browser on your iPad there and take it all in for free. But again, I think there is something to be said for the presentation these apps offer. And remember, this is just the very first generation of them — they will get even better.

And none seem certain about the right pricing model either. Plenty of the commenters in the App Store are suggesting digital issues of magazines should be only a dollar or less considering there is no print, and there is no postage. Of course, there is still extensive graphical work, and writing, that has to be paid for. And the ads, while cool, are undoubtedly nowhere near paying for all of that.

But maybe it’s not a bad idea to cut prices and try to get circulation way up. If Apple’s App Store has taught us anything, it’s that micro-transactions are an after-thought. A $4.99 app I may worry about a little, but a $0.99 in-app issue, I wouldn’t think twice about.

The problem with that is that if one publisher does it, all of them will likely have to do it. And if it doesn’t work for one of them, the great iPad experiment could end quickly.

Again, this is still the early days for all of this. And I do believe these publishers (moreso in the magazine industry, but we’ll give the newspaper industry some time to catch up) are onto something. All I know is that I haven’t read this much print media in years. Or, let me rephrase that: I haven’t paid to read this much print media in years. And yet I’m happy to do it. It’s a weird feeling.