Social media has superpowers. Or so goes current tech-wonk opinion on Facebook, Twitter, et. al. From creating a “social Web,” to shaking up e-commerce, to mobilizing people behind a presidential candidate, social media has reached its tentacles into pretty much everything. Except places where there aren’t iThings and high-speed wireless. Ya know, most of the places on earth. Until now.

Facebook co-founder and creator of MyBarackObama.com Chris Hughes aims to make social media matter more with his latest venture, Jumo. He’ll delve into how social media can create offline change at TechCrunch Disrupt, our conference on media and technology, taking place May 24-26, 2010, in New York City. You can get tickets at our early-bird rate if you visit our ticket page. We’re also happy to announce speakers including Meetup Co-founder and CEO, Scott Heiferman –the guy behind 50K weekly meetups — and Gilte Group CEO Susan Lyne. She’s at the helm of a buzzed-about sample-sale startup that’s caused “couture” and “clickthrough” to occur in the same sentence. Some of our latest sponsors include Google, Bing –yes, you read that right — and DataRockIt.

So, back to social media. When I say, “matter more,” I’m paraphrasing a bit. Hughes’ actual wording in an announcement last month was: “leverag[ing] the participatory web to foster long-term engagement with the issues and organizations that are relevant to each individual.” If you visit Jumo now, the preview site asks you Hunch-style questions about your preferences such as which do-good cause you’d spend $100 million solving, which language you’d like to learn, and what you’d name your child. (I chose “Grace” over “Crystal.”) At Disrupt, Hughes and Heiferman will discuss how social media can foment positive fallout offline, including in places that aren’t wired and wealthy. (Hughes probably won’t tell us much about Jumo, but we’ll hear some of the inspired thinking behind it, no doubt.) Heiferman’s laudable goal with Meetup is to offer a tool for people anywhere to create communities around any interest. If you want to hear more details on what Hughes and Heiferman are dreaming up with their ventures, you’ll just have to come to Disrupt. 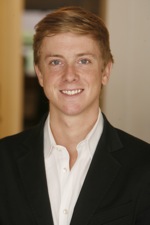 Chris Hughes
Founder & Executive Director, Jumo
Chris Hughes has spent his career developing technologies to make social communication and political organizing easier and more efficient. After co-founding Facebook in 2004, Chris worked first as the site’s spokesperson and later as a product manager specializing in user experience. In 2007, Chris went to work on President Barack Obama’s presidential campaign as the Director of Online Organizing, where he was charged with developing web technologies to engage and empower supporters. Chris oversaw the development of the on-site network My.BarackObama.com along with the campaign’s distributed presence on all other networks across the web like Facebook and Twitter. After working in 2009 in venture capital for the firm General Catalyst Partners, he is currently embarking on a new initiative called Jumo to use the social web to foster long-term relationships of responsibility between individuals and organizations working to change the world. 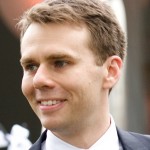 Scott Heiferman
Co-founder & CEO, Meetup
Scott Heiferman is Co-Founder & CEO of Meetup, the world’s largest network of local community groups. Over 50,000 Meetups (self-organized community events) happen each week. Millions of people in over more than 100 countries “use the internet to get off the internet” using Meetup, which is built on the idea that every town needs support groups, playgroups, bookclubs, business circles, running groups, community action groups, etc. Previously, Heiferman co-founded Fotolog, a photo sharing network where over 30 million people have uploaded nearly a billion photos. He also founded i-traffic, a top online ad agency in the 90s. He then fled the ad industry and was influenced by 9/11 to start Meetup. Scott graduated from The University of Iowa. He is an angel investor in Betaworks, Founders Collective, Virgance, 20×200, and others. Scott received the Jane Addams Award from the National Conference on Citizenship and was named an MIT Technology Review “Innovator of the Year”. He’s @heif. 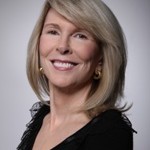 Susan Lyne
CEO, Gilt Groupe
Susan Lyne is Chief Executive Officer of Gilt Groupe, an ecommerce company whose event-based sales model is changing consumer behavior and redefining luxury shopping. From November 2004 to July 2008, Ms Lyne was President and CEO of Martha Stewart Living Omnimedia. In that capacity, she steered the company’s recovery and return to profitability, led by a three-fold increase in advertising revenue. Before 2008, Susan spent eight years at Disney/ABC, rising to President of ABC Entertainment where she oversaw the development of shows such as Desperate Housewives, Lost, and Grey’s Anatomy. Ms Lyne’s early career was spent in the magazine industry, including The Village Voice and Premiere Magazine. Ms. Lyne is a Board of Director for AOL and The New School and lives in New York City.