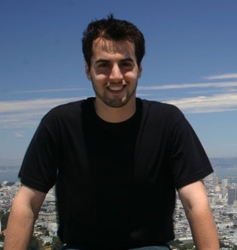 There are few people who know the ins and outs of the web as well as Joe Hewitt. For the past decade, he’s had his hands deep in everything from Netscape, to AOL, to Firefox, to Facebook (where he currently works). Hewitt also knows a thing or two about the iPhone. He’s the one who first built Facebook’s excellent iPhone web app (before there were native apps on the iPhone), and then the native app — which is one of the best apps on the platform. So when he rants about something (as he does from time-to-time), people listen. And today he went on one such rant.

Following Apple CEO Steve Jobs’ post about Flash this morning, Hewitt went on Twitter and started going off with some of this thoughts. I asked Hewitt if I could recap them; his response, “sure, why not.” Hewitt, some may recall, quit iPhone development over his distaste for some App Store policies. Today, seeing a wave of anti-Flash talk on Twitter spurred by Jobs’ post, Hewitt started out:

Redirect your hatred of Flash to the W3C, whose embarrassingly slow pace forced devs to use a plugin because the standards were so weak.

Also, I am looking at you, developers who bitch whenever a browser offers “non-standard” but innovative APIs.

Browser makers need to go nuts with non-standard APIs and let the W3C standardize later. Waiting for the committee to innovate is suicide.

So basically, Hewitt’s take is that Flash (and all plug-ins) only exists because the W3C (the governing body for web standards) is too slow to formalize and approve innovative new technologies. He urges browser-makers to break away from the W3C constraints and start going crazy with new APIs.

He then comes in defense of Microsoft, the company that once all-but destroyed (through what just about everyone including the U.S. government thinks were unsavory means) the company Hewitt started his career at (Netscape).

10 years ago we bullied Microsoft into stopping innovation on IE so the W3C could take over. How’d that work out?

For those too young to remember, IE was innovating like crazy from 4.0 -6.0, right up until the DOJ and web standards commies intervened.

@jeff_lamarche Oh c’mon. Aside from ActiveX, Microsoft moved the web forward faster from 96-00 than any other browser maker has.

I don’t know why MS abandoned IE, but I do know that web developers were begging them to stop innovating and just follow the committee.

Hewitt’s take here is that the antitrust action against Microsoft halted innovation in Internet Explorer. In 1996, when Hewitt says IE innovation really started, that browser didn’t even have 10% share of the market, while Netscape had nearly 90%. As an underdog, IE had to innovate. Until, of course, they took over the web, and then Microsoft inexplicably all-but abandoned the product.

Hewitt then turns to the rise of the app stores (including, yes, the App Store).

Why are app stores threatening the web and luring developers like me away from it? “Evil” proprietary tech is blowing the web away.

I want desperately to be a web developer again, but if I have to wait until 2020 for browsers to do what Cocoa can do in 2010, I won’t wait.

The “‘Evil’ proprietary tech is blowing the web away” quote is pretty compelling (I’m still kicking myself for not using it in the headline). Again, Hewitt’s point here is that the web is nowhere near where non-web technologies like Cocoa are — and won’t be for a decade.

@KuraFire Did Microsoft patent their non-standard html/javascript/css extensions, preventing other browsers from implementing them?

@johnfoliot True, they [w3c] don’t dictate, but developers shame others who use non-standard APIs. That’s the problem.

He wonders here why some of Microsoft’s standards weren’t adopted by the W3C? Then blames the web developers for shaming other developers who use tech not sanctioned by the governing body.

I am ranting because I want to drop Cocoa and go back to the web, but I am upset about how much power I have to give up to do that.

The core of Hewitt’s argument. Web technologies aren’t moving fast enough, and why should he have to use a less powerful language to conform to web standards? Again, he hopes that browsers will start to innovate and force the W3C to conform to them.

@joseph_wanja I love what Cocoa can do, I just don’t like C-based languages for UI programming.

The reason why Hewitt doesn’t just stick with Cocoa if he finds it superior to web-based languages.

@eston Users might be aware of their choices if more developers wrote browser-specific sites. Developers really pick the winner.

An urging for developers to take action to reverse the trend.

@JamesWatch IE6 was fucking amazing in 2000. It’s not fair to compare it to modern browsers.

A word of caution for those who bash IE6 — remember what it was like when it came out.

@joseph_wanja unfortunately I would recommend Cocoa [rather than web languages] at this point. Wish I didn’t have to say that.

Cocoa, while not perfect, is better than web languages.

@michaelvillar So launch a different browser. Not a big deal. Know what is a big deal? Having to buy a different phone for each app store.

@jjathman I’m not justifying ActiveX, but the html/css/javascript side of IE which at one time was state of the art.

Again, more defense of IE back in the day.

From here, Hewitt goes into a series of thoughts on web vs. native apps.

@ppk Yes, exactly. I’d rather developers had forced users to launch different browsers instead of making watered down x-browser sites.

@ppk That’s sort of what is happening with mobile web vs. native mobile apps, except app stores don’t extend the browser, they replace it.

@slauriat “best viewed in X” was not as bad as “buy another phone”, which is what we got for letting the web go to shit so apps could rise.

@ppk As someone who has tried to do both cutting edge native and web iPhone apps, iPhone Safari is a joke compared to iPhone Cocoa.

App stores replace the web, simply because their languages are better, in Hewitt’s mind. And it’s our own fault for letting the web go to shit, and letting this happen. His last tweet is particularly powerful: Hewitt does have a lot of experience on both sides, and considers iPhone Safari to be a “joke” compared to what you can do natively. This is a sentiment a lot of developers whisper about, but seldom say publicly.

Finally, Hewitt qualifies some of his statements a bit.

I’ve been hard on Flash, but we should all thank Macromedia/Adobe for 10 years of picking up the slack of the W3C, Microsoft, and Mozilla.

And really, how screwed would we be if the WebKit team weren’t so god damn competent? Ok, signing off now, thanks for listening. :)

Fair enough, plenty of juicy post-worthy comments for one day.