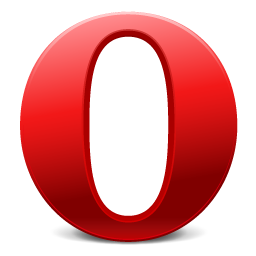 Opera has always been a bit of a curiosity to me. Nearly everyone seems to tout its speed and adherence to web standards — and yet, no one seems to use it. Well, at least not in the United States anyway, and really not that many people worldwide either. Why is that?

Today, Opera announced a new version (10.52) available for OS X. The promise is that it’s ten times faster than the last version I used (10.10). In fact, they’re saying it’s the “world’s fastest browser for Mac.” So I decided to try it out as my primary browser the entire morning.

First off, let me just say that the thing does seem pretty fast. Noticeably faster than Chrome or Safari? No (more on that below), but definitely faster than Firefox. And, a few rendering issues aside, it does seem like a pretty solid browser. But still, the entire time I was using it, I found myself itching to go back to Chrome or Safari. It took me a while to figure out why. But I’ve come to the realization that it was staring me in the face.

I simply don’t like the way Opera looks on a Mac.

Now, I say that knowing full well that they’ve revamped the look for OS X since the last version. And it does look much better than that version — not quite so pixelated. But there’s still too much chrome (no, not the browser Chrome, UI chrome). Worse, the chrome seems to be too dark. The bottom toolbar is cluttered up with buttons I’ll simply never use (Unite? Widgets?). And those blue status indicators on the top of tabs are simply hideous.

This latest version of Opera looks as if it’s the spawn of Safari and Firefox mating. On paper, that may sounds like a good idea, but the result is awkward. It just feels alien.

That’s not to say I demand all applications to look the same. Safari is obviously Apple’s own web browser, but it’s not my browser of choice. I like Chrome much more for a number of reasons (the first of which is the Omnibox), even though it doesn’t particularly look too Mac-like. Before Chrome for Mac was available, I had used Mozilla’s Camino browser for a number of years rather than Safari as well. That’s two other browsers made by two other vendors that seem (at least to me) to have nailed browser development on the Mac. Opera, in my opinion, still hasn’t. (Nor, in my view, has Firefox.)

Opera on Windows is a different matter. I don’t use Windows on a daily basis (or really, at all, except when I have to test something out) so take this with a grain of salt. But Opera on Windows looks pretty solid compared to the competition in my view. It’s much, much better than Internet Explorer, and on-par with Firefox. Safari for Windows doesn’t look right in the same way that Opera on the Mac doesn’t look right, so I never use that. While Chrome, of course, is still king of the hill in my book on Windows too.

I guess what it boils down to is that when browsing the web, I basically just want a giant window that renders an HTML page correctly and fast — that’s it. All these features sound nice, but most are just clutter. That’s especially true on the desktop, where most of us are on fast connections (or fast-enough), and things such as Opera’s “turbo-charging” don’t seem to make much of a difference (obviously, that’s different on the mobile web — but usually only with Edge connections, in my experience).

Chrome nails this experience that I’m looking for, and that’s one of the reasons why Chrome OS excites me so much. Anything not rendering HTML on my screen is just noise. Opera has a lot of noise.