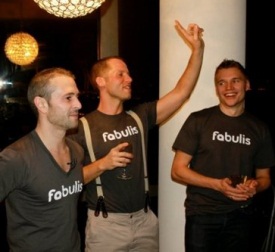 Today sees the public beta launch of Fabulis, a fresh community and lifestyle (and explicitly not dating) website for homosexual men.

We’ve covered the company before – and not its product, unfortunately – when Citibank got itself in a PR firestorm after abruptly freezing the startup’s bank account over allegedly posting – inexistent – “objectionable content” on its blog (the institution later changed its Internet Business Policy because of the incident).

First thing you’ll notice is that the site is very Facebook-centric; upon first visit there’s little else you can do but use Facebook Connect to identify yourself and set up a profile – which you can do both as a gay or heterosexual man or woman.

Fabulis users who are already your friends on Facebook will automatically be added to your list of friends there, so that it taps into your existing social graph instead of making you start from scratch. The Plans page is filled with events from Facebook user accounts and algorithmically filtered down to a list of happenings that gay men in particular should enjoy attending.

You can RSVP to these events (either on Fabulis only or synced to Facebook) – indicating that you’re planning to attend an event is in many ways similar to what Plancast is all about.

Finally, users can vote for other users based on their profiles, and Fabulis has even invented its own virtual currency that lets members use so-called Fabulis Bits to vote for people and engage in other activities on the site.

Fabulis founder and CEO Jason Goldberg tells me Facebook, the dominant social networking service, is a great service for everyone including gay men, but that he identified an apparent need for a separate community and lifestyle website where homosexual men can aggregate, engage in conversations, meet new people and make plans together.

Goldberg had stints at the White House, AOL and T-Mobile under his belt before founding Jobster back in 2005 (and raising more than $50 million for the startup) and after that socialmedian (which he sold to Xing in December 2008).

Fabulis has raised $625k in seed funding from the likes of Washington Post and Venture Partner at Mayfield Fund Allen Morgan.

Curious to see how far this one can travel. 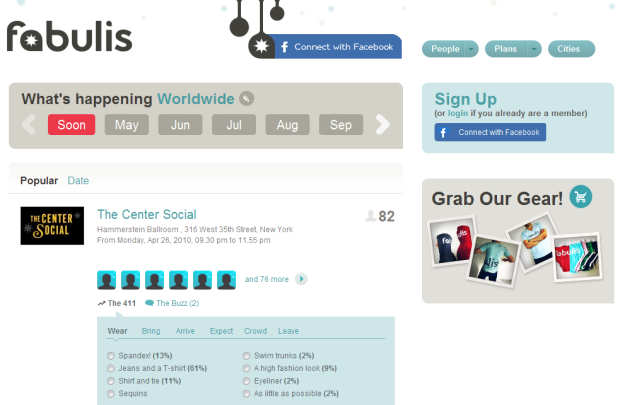