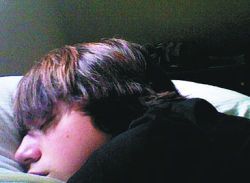 This MacBook-spying story could be the creepiest story in quite some time. We already know the allegations: that the school district provided MacBooks to its students, but then took photos of the students without their knowledge or consent. Now we’re getting numbers. One student claims he was photographed more than 400 times, and now it has emerged that, over a period of two years, school district officials took some 56,000 photos in total, with many of those including students in the frame. FIFTY-SIX THOUSAND! You know, you send your kids to school expecting them to learn a little bit of math, maybe about evolution and the Big Bang, but you do not expect them to have their privacy violated as if we’re living in East Germany.

Now, let’s be clear: this isn’t 56,000 photos of Little Timmy sleeping, taken without his knowledge. Many times, the school district activated the MacBook’s camera in order to locate it—kids would come in and say, “Um, I lost my laptop, sorry.” So the school tuns the camera on, takes a few photos and asks the kid, “OK, well, does this area look familiar to you?” Then the kid would say, “Oh, that’s the inside of my closet, thanks!”

If the system were perfect, the district would have turned the camera off then and there, but that didn’t always happen, with the camera sometimes being left on for as long as a week before anyone realized, “Um, this thing is still on, and it’s still snapping photos.” That’s when you get situations where the laptops were still on, taking photos all willy nilly.

It seems like one or two extra security measures should have been put in place, but I’m not the one charged with figuring out how to protect many thousands of dollars worth of computer equipment spread across an entire school district.

Where do we go from here? The school district’s attorney says that none of the photos contained “”salacious or inappropriate” images, but I seriously doubt that will allay the fears of freaked-out parents.