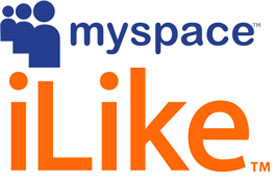 Last August, MySpace acquired social music service iLike. As part of the deal iLike founders (and twin brothers) Ali Partovi and Hadi Partovi joined MySpace’s executive team, with Hadi becoming SVP of Technology and Ali taking the role of SVP of Business Development. Today, we’ve confirmed that both men will be stepping down from their executive positions at MySpace. Hadi will be leaving the company entirely to pursue opportunities as an advisor and angel investor (as well as work with tech-related non-profits), while Ali will stay on board as a strategic advisor. iLike cofounder Nat Brown remains at MySpace, where he’s head of Mobile.

MySpace SVP of Technology Hadi Partovi is stepping down to pursue other opportunities. In addition to continuing his work as an advisor and angel investor to various startups, he will be following his passion for education by working directly with technology focused non-profits. Hadi leaves as a valued friend to the company, and we wish him the best in his future endeavors.

This obviously isn’t good news for MySpace. But the iLike deal has actually worked out quite well for the company. iLike is now integrated into Google Search, though a deal that was in the works before MySpace acquired the company. iLike is still the most popular music app on Facebook.  And the iLike team also played an instrumental role in the resurrection of imeem’s playlists and MySpace’s recently upgraded events product.

Here’s a video Ali Partovi shot soon after he joined the MySpace executive team last fall, when he showed why he was full of win.