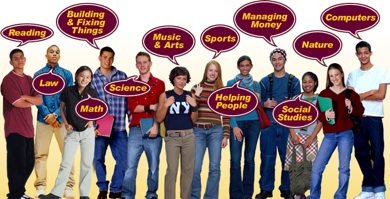 The battle over who owns your interests on the Web intensified today as Facebook started rolling out a set of new features designed to connect people more closely to the topics they care about. Millions of new so-called Community Pages now exist around topics such as cooking and yoga. They should more properly be called Interest Pages, though. Members are being prompted in their profiles to “like” some of them (which is replacing the notion of becoming a fan of a page). Not only that, but Facebook is planning on spreading these “like” buttons throughout the whole Internet.

So what is behind these seemingly esoteric changes and what does it have to do with Twitter? Whoever knows what your interests are right now and can package them up for advertisers has the chance to make a lot of money. Of course, Google does this right now every time you declare your interests in a search box and it offers up matching ads on the side of results. But Facebook and Twitter are trying to capitalize on the shift from search to sharing. Your interests are expressed by what you follow and react to (“like,” “retweet,” etc.), not only what you explicitly seek out through search.

Last week at Twitter’s Chirp developer conference, COO Dick Costolo described Twitter as a “realtime interest graph” (watch the beginning of the video below). If the social graph is defined by the social connections between people, the realtime interest graph is defined by the topics those people pay are attention to right now. Here is how Costolo explained it:

Twitter is this very visible public, one-to-many relationship, not just with people but CNN Breaking news, WSJ, other things. We’re not just a social media platform or microblogging, we’re the web’s interest graph. Can look and see, “this person is interested in this kind of thing”. That’s super interesting and compelling for companies to be able to target that interest graph.

In other words, by studying who someone follows, retweets, and favorites, Twitter thinks it can paint a picture of a person’s interests for better targeting by advertisers. But Facebook tries to collect much richer data about people’s interests than simple status updates. Facebook’s announcements today are in part a way for it to assert its dominance over the interest graph. Facebook has always asked people what their interests are and allows advertisers to target them based on those interests. The problem is that nobody ever updates those interests, and many people don’t even bother to fill them out.

With the new Community Pages, when you “like” an interest you start getting updates from that page inserted into your stream, making it a more dynamic relationship. The same thing could happen once Facebook’s like buttons appear on other Websites. It is very easy to click a “like” button, but if that automatically subscribes you to a particular feed, it could also become a social marketing opportunity. So be careful what you like.