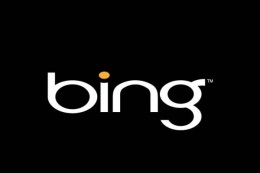 WebVisible posits that Bing saw its share of search spending increase by 10 percent in Q1 over the previous quarter, while Google’s share increased by 3 percent over the same period. Yahoo’s share of spending dropped by 9 percent.

The data from WebVisible’s Report on the ‘State of Small Business Online Advertising Q1 2010’ is said to represent nearly $23 million in U.S. small business advertiser spending from more than 12,000 individual advertisers in Q1 2010. This is obviously only a small part of the total paid search spending, but it depicts a trend.

WebVisible CEO Kirsten Mangers says small businesses will spend their money wherever they can get the most bang for their buck, and that Bing is king when it comes to that: Microsoft’s search engine maintains the highest click-through rate at costs that are lower than Google’s overall, according to Mangers.

Small businesses also saw positive results from their increased search spending in the first quarter of this year. From Q4 2009 to Q1 2010, WebVisible says there was a 35 percent increase in the percentage of search clicks that resulted in a phone call for advertisers using call tracking numbers.

Click-through rates continued steady year-over-year improvement in Q1 2010, with Google’s CTR up 29 percent, Yahoo!’s CTR up 138 percent and Bing’s CTR up 53 percent. While each of the three major engines saw cost-per-clicks (CPC) decline in Q1 compared with the same period last year, overall CPCs have remained relatively stable since Q2 2009.

To obtain a full copy of the WebVisible report, head on over here.