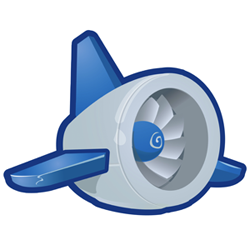 When you think of developer-focused web computing services, the first thing that probably comes to mind is Amazon’s hugely popular AWS, which includes S3 (storage) and EC2 (processing).  Google has its own web computing service — namely, Google App Engine — and the search giant is looking to significantly expand its offerings. During a roundtable discussion this afternoon at Google Headquarters, Dave Girouard, President of Google Enterprise, hinted at this, saying that Google was looking to give developers more value-added services in the cloud.

So what does that mean? Google doesn’t want to keep expanding into commoditized services like online storage. Instead, it wants to offer services that go beyond those, allowing developers to tap into Google technology that they haven’t previously had access to.  One example that came up during the roundtable was to give developers access to Google’s automated translation services, which can translate Email and webpages with a fair amount of accuracy almost instantly.

That’s about as detailed as the roundtable got, but we’ve heard elsewhere that Google is considering a variety of other value-added services.  One of these could include online video encoding as a service; another could focus on location/geo services.

It sounds like Google is still considering which features it wants to offer and we don’t have a timetable.  But it’s quite clear that we’ll be hearing more about this soon (and remember, Google I/O is just over a month away).