Editor’s note: Guest author Ashkan Karbasfrooshan is the founder and CEO of video site WatchMojo. In this post he examines the two biggest content farms springing up on the Web: Demand Media and Aol. You can find his previous guest posts about online video here. 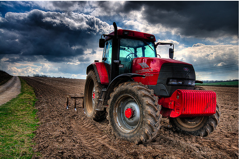 Are content farms the future of online media?  Demand Media is now providing travel tips to USA Today, and Aol is supplementing its thousands of paid journalists with an even larger army of citizen freelancers. If nothing else, Demand Media and AOL deserve credit for generating excitement over content. While an octogenarian like Sumner Redstone might claim that “content is king” and a septuagenarian like Rupert Murdoch will echo that “content is not just king, it’s the emperor of all”, the so-called cool kids advertisers want to reach could care less about content.

But, the fact remains, everywhere you look, it’s about content consumption and monetization. In The Collapse of Complex Business Models, Clay Shirky argues that the inertia facing TV executives stems from their desire to see “online video generate enough money to cover their current costs”.

When Wired recently profiled Demand Media, owner of the eNom domain registrar, who, armed with over $300 million in venture capital is positioning itself as a low cost content creation and monetization machine, it summarized its worldview:

“Online content is not worth very much. This may be a truism, but [CEO Richard] Rosenblatt has the hard, mathematical proof. It’s right there in black and white, in the Demand Media database — the lifetime value of every story, algorithmically derived, and very, very small. Most media companies are trying hard to increase those numbers, to boost the value of their online content until it matches the amount of money it costs to produce. But Rosenblatt thinks they have it exactly backward. Instead of trying to raise the market value of online content to match the cost of producing it — perhaps an impossible proposition — the secret is to cut costs until they match the market value.”

Not to be outdone, Aol is using its Seed.com freelance platform to produce more content at lower cost. It also recently acquired Studio Now to freelance its video content needs. Unlike Demand Media however, Aol has also hired expensive writers, leaving some to wonder what its strategy is exactly.

Granted, second guessing the companies’ Web-savvy CEOs might prove foolish. Former Google ad executive Tim Armstrong is CEO and Chairman at Aol, having since hired a battalion of experienced executives. Richard Rosenblatt —the man who sold MySpace to FOX —is running Demand Media, at his side is Shawn Colo, who was as instrumental as Rosenblatt in raising the war chest currently at their disposal, and their Chief Revenue Officer is Joanne Bradford.

Mind you, an impressive background and money in the bank doesn’t guarantee success (Joost anyone?). To evaluate their strategy, it’s important to understand the market they’re coveting.

In How To Make Money In Online Video, I introduced a pyramid representing super premium, premium, prosumer and user-generated content. We have now updated to reflect where each one operates.

Aol is at once attacking the lower half of the super premium space (by hiring experienced writers and producing live video segments with artists such as Beyonce), the premium space (more or less what its niche sites are doing) as well as the higher end of the user-generated space (through Seed.com and Studio Now).

Will it work? I don’t know. It cannot possibly be everything to everyone at once, but it can play in the various areas to see what will do best and phase out what doesn’t stick to the wall.

Demand Media, meanwhile, is clearly operating in a lower sphere, which is the area between the upper half of the UGC space up to the lower half of the premium space. This is a tough space to be in if you want branded marketers and ad agencies to sign on and give you dollars.

Advertising: The Last Bastion of Unaccountable Spending in Corporate America

For centuries, publishers have filtered audiences for marketers. These days, advertisers like to be next to brands: Pepsi wants to be on MTV, Budweiser on the Super Bowl. There is a science to the decision-making process, but it’s fuzzy math at best.

Sometimes, marketers will point to one article or video as a reason not to run ads on a site. This could prove to be the undoing of these content farms. So while Demand Media might be printing money matching articles with search traffic and text ads, its current model will always be one questionable piece of content away from losing branded advertising deals, which to quote Google’s own CEO Eric Schmidt is “the last bastion of unaccountable spending in corporate America”. That might be why Demand hired Joanne Bradford, who ran ads for MSN before short stints at Spot Runner and Yahoo!

When Demand Media acquired Expert Village (a user-generated instructional video site), it bet big on UGC, which while highly scalable and low cost is generally shunned by marketers. Before the acquisition, Expert Village allowed filmmakers to submit a) ideas for experts and b) segments they wanted to shoot. The fee was nominal, but with volume, it would be worthwhile to filmmakers and to Expert Village to boost catalog and traffic volume. After the acquisition, everything was transferred to ehow.com and that system completely changed. The new management no longer allowed filmmakers to submit just any idea; in fact, filmmakers were suddenly limited to choosing titles out of a library database on eHow.

Telling a creative person that they need to choose subjects from a list in a database is not really going to work in the long term. But exacerbating matters was that this made the revenue potential less interesting for a filmmaker.

Since filmmakers would oftentimes match up with an expert, this new system meant far less videos produced per shoot, which after considering the time to travel to a location and back rendered the exercise futile. Adding to the challenges was the sudden new need for graphics.

Without a doubt, these little changes improved the quality of Expert Village’s library and made the videos more SEO-friendly, but by requiring more from filmmakers, Demand Media inadvertently made the quality of contributors suffer by becoming a more suitable home for novice filmmakers. So what it gained on one front through improved processes it lost through inexperienced talent.

This is why folks like Slate’s Farhad Manjoo have ripped Demand Media to shreds, echoing the fact that its content is good enough to get indexed on Google’s search results but bad enough to induce users to click on a Google ad and go elsewhere (thereby generating revenue for Demand). That might actually have been one of the nicer things said about the company.

Of course, it’s not what journalists have to say about the company that will matter in the end. Publishers fight for the hearts and minds of viewers/readers and marketers.

So, what do marketers think?

Successful content creation is both art and science. Costing and scalability are important considerations but the winning strategy cannot boil down to that alone.

Making sure it’s SEO friendly is also important, but in a world where content is shared through social networks, it needs to strike a chord with audiences, be it readers, listeners or viewers. Video, in particular, is not even really properly indexed on search engines, so an SEO-centric strategy might be useless to begin with. I’ve covered what makes video get discovered before.

But as much as venture capitalists don’t like to hear this, no amount of science will remove the art that is publishing, or the emotions that fuel marketing decisions.

All in all, considering that Demand Media doesn’t have a big top-10 stand alone property, I can understand why it takes the search arbitrage approach, but AOL’s efforts undermine the reality that despite its sliding traffic from ISP users, it has a large audience base and if it produced compelling content, then it would be able to retain and grow that base. It could be argued, of course, that Armstrong is doing both: hiring the best writers to have that front and center but then turning to the world’s freelancers and users to contribute the stuff that will trip up Google’s search index and offset the fleeting ISP users.

I respect that with Tim Armstrong’s background at Google, he needs to balance his vision of Aol being the Time Inc. of the 21st century with a scalable model that will get “quants” excited, but he might risk having a bad apple ruin the entire bushel by embracing the UGC freelancer base, as he did during SXSW.

Meanwhile, Demand Media has enough money to experiment until it finds a solution, like Aol.  At least it’s betting in the right broader space, albeit it needs to fine-tune its methodology to make the lofty investment it secured a profitable one. So long as it remains private and all it has to worry about are the journalists, then it might find its sweet spot over time.

With the Web entering a phase of greater content consumption and content not being a zero-sum game, the reality is both companies can succeed with their strategies, but how big a crop their content farms will yield is still a big unknown.