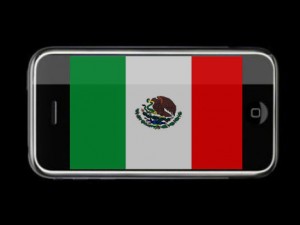 Around about a year ago, a law was passed in Mexico that would enforce compulsory registration of personal details to a mobile phone account. The idea behind it was to help fight crime (Batman style) by inhibiting the method of delivering ransom and extortion calls. Telcos were given 12 months to collect the personal details of their subscribers.

Come Saturday, that 12 months will be up, and despite radio and television commercials urging mobile phone users to register their name and address via text message, around 30 million lines are still unregistered. There is a push from telcos to have the deadline extended by a further 12 months, but senators have thus far refused requests to do so.

Naturally, this is bad news for both the users who haven’t registered and the telcos. 30 million disconnected subscribers equates to a lotta lost dollars: an estimated $10 million per day for their largest provider, America Movil. Another major player in the Mexican telco market, Telefonica, plans to maintain services despite the authority’s weekend deadline, stating that telecommunications are of public interest, protected by the constitution.

Do I smell a standoff?