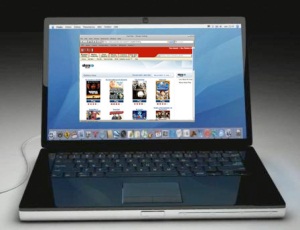 Both agreements encompass physical and digital distribution of movies and, in the case of Fox, TV programs.

And yes, they include 28-day windows between street date and Netflix catalogue availability for new releases.

Here are the details:

The renewed deal with Netflix brings an expansion of the license for Fox streaming content, including a first-time streaming license for Fox TV shows that includes complete prior seasons of several blockbuster television series like “Lie to Me,” “Bones,” “24,” and “King of the Hill,” as well as complete seasons of TV series such as “Prison Break,” “Arrested Development” and “Buffy the Vampire Slayer.”

The distribution deal also includes films like “Aliens,” “The Thin Red Line,” “Romancing the Stone” and “Patton.” Fox Filmed Entertainment and Netflix said new and more choices to be added over the lifetime of the agreement.

As part of the agreement, Twentieth Century Fox will have the ability to determine the window on its content in both the physical and streaming formats. The agreement provides for the oft-lamented 28-day window from the street date for new Blu-ray and DVD film releases, and varying dates of availability for its library and new television programming. Netflix had earlier struck a similar deal with Warner Brothers, much to the dismay of my colleague MG Siegler (and many others).

Among the first releases under this arrangement will be “Avatar”, which will be available to Netflix customers 28 days after its April 22 street release date.

A similar agreement was reached with Universal Studios: new release titles on DVD and Blu-ray will be made available to Netflix members after a 28-day window, giving Universal a dedicated time period for sales of its physical and digital offerings. Universal says Netflix and its 12 million registered users benefit from this too, because of reduced product costs, significantly more units and better in-stock levels four weeks after street date.

The first release covered under the new agreement is the comedy “It’s Complicated,” which will be available to Netflix subscribers 28 days after its April 27 street release date.

Additionally, a license for Universal streaming content allows Netflix to provide its members more movies they can watch instantly.

The streaming agreement makes films like “Gosford Park”, “Billy Elliott” and library films such as “The Pianist,” “Being John Malkovich” and “Do the Right Thing” available to watch on-demand.

Likely, the digital distribution agreements with both studies will propel Netflix higher on the list of comScore’s top online video sites. Especially now that it has released an iPad app, will soon add support for the Wii and is reportedly working on an iPhone app.

When the company released its Q4 2009 results back in January, we noted that the percentage of subscribers who watched instantly more than 15 minutes of a TV episode or movie in the last quarter of 2009 was nearly 50 percent, compared to 28 percent for the same period of 2008.

Expect that percentage to go up and to the right.