We’ve already posted some sentiment analysis after the arrival of the iPad last weekend, based on messages posted on Twitter, which showed that people were split about the launch of the tablet (people either love it or hate others for not shutting up about it).

Here’s some more: Attensity used its Cloud tool to collect some 50,000 Tweets on the iPad – a relatively small sample considering the heaps of chatter on the iPad that has taken Twitter by storm over the past couple of days – and analyzed the general sentiment.

According to Attensity, an “overwhelming majority” of people really like the iPad. Neverthless, nearly 25 percent of the tweets pulled were from people that are apparently not thrilled with the iPad (although it’s unclear if these people actually purchased and used one too).

Also interesting is that positive sentiment has remained fairly constant since the announcement of the iPad back in January (see Attensity’s findings from that period). In other words, actually holding an iPad did not significantly change the way people feel about it. 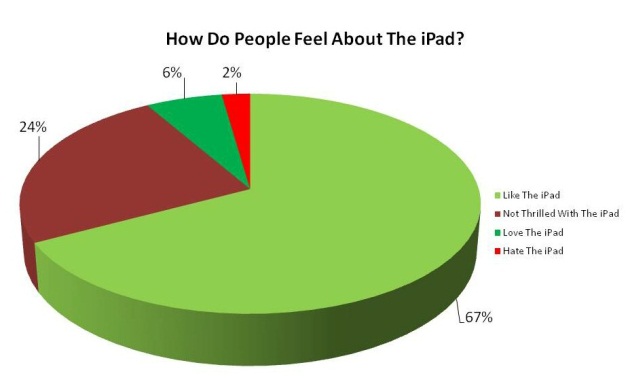 Attensity also analyzed what excited people about the iPad exactly. According to its study, the top positive drivers have remained largely the same since just after the announcement: the applications, the device’s ability to replace people’s iPhones and the quality of screen and (virtual) keyboard. More people are talking about it being a Kindle-killer today then back when it was announced, and for the first time, a significant number of people are talking about the quality of the email interface. 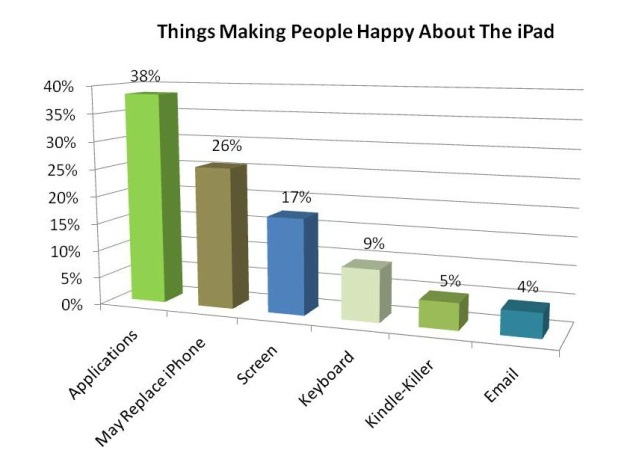 Now that the iPad applications are actually available (check out our list of the best apps at launch), Attensity looked at which ones are being talked about and how people feel about them. Initially, there was very little negative sentiment about the top applications, and people were particularly wild about the Netflix app.

The iWorks applications have also been downloaded quite a bit, but there the sentiment hasn’t been quite as positive. First, many people seem to have gotten the impression that it was going to be included in the iPad free of charge, and those that did understand that they were going to have to pay for it were expecting a lower price point for them. The one application that had severely negative sentiment expressed was the third-party Facebook application that was recently pulled from the App Store. 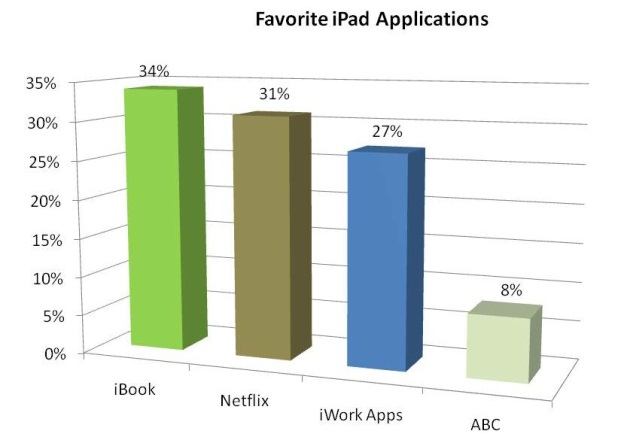 Post-announcement, the lack of Flash support was the number one negative sentiment driver, and according to Attensity that lack of support has become less important since the launch of the device. Now, the number one driver is people understanding that it won’t replace their iPhone, the prices of the available apps and a number of performance issues related to synchronization and backup speed when connecting with iTunes. Interestingly, more people are now considering the iPad as a replacement for the Kindle than back in January. 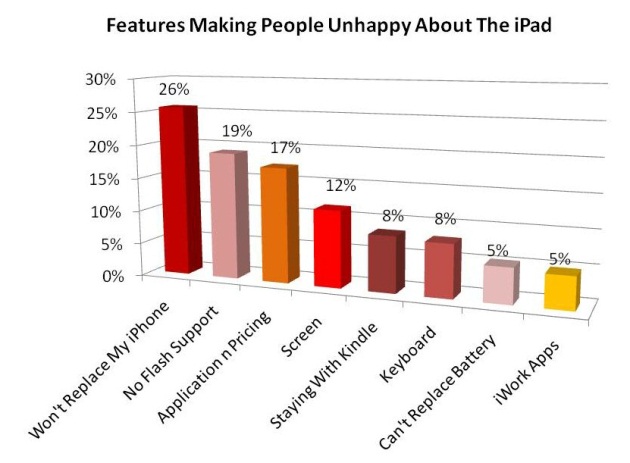 According to Apple, over 300,000 iPads were sold on launch day, but how are the intent-to-purchase levels today? Well, this graph sums things up nicely: 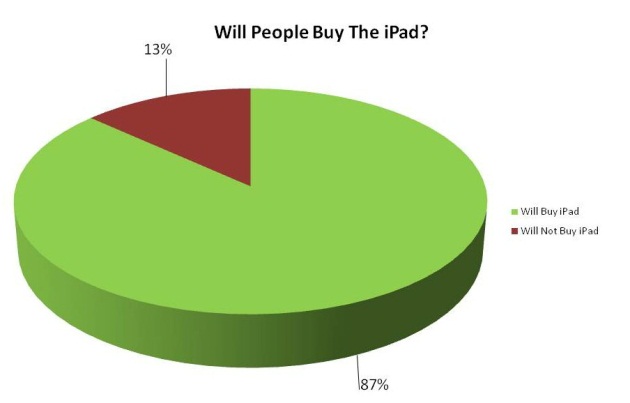