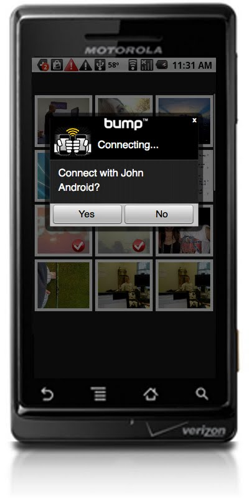 Bump, the service that lets you tap two phones together to easily swap contact information, photos, or other data, is launching a new API for Android and the iPad. The API will allow developers to integrate Bump’s data exchange technology into their own applications with a minimal amount of work. Initially the Android API will only be available to a limited number of developers as part of a private beta (you can request an invite here), while the iPad API is open to everyone (it’s an extension of the existing Bump iPhone API).

One of the best parts of the Bump API is that it works between platforms — if you’ve designed a photo application for both iPhone and Android, users of either OS will be able to tap their phones together to exchange data (Bump notes that Apple’s GameKit Bluetooth framework doesn’t allow for this).

CEO David Lieb says that since launching the iPhone Bump API last December, the company has distributed 800 developer keys, and that over thirty Bump-enabled applications have been deployed onto the App Store. And while Bump initially established itself as a service for swapping contact information, Lieb says that the amount of traffic the service sees from swapping photos has surpassed that of swapping contacts. As I’ve pointed out before, this kind of flexibility will be key to Bump’s long term growth — it wants to become the platform used for sharing any kind of data between two nearby devices.

Also worth pointing out: PayPal, which recently integrated Bump into its revamped iPhone application, is planning on releasing an Android app that will also feature Bump. 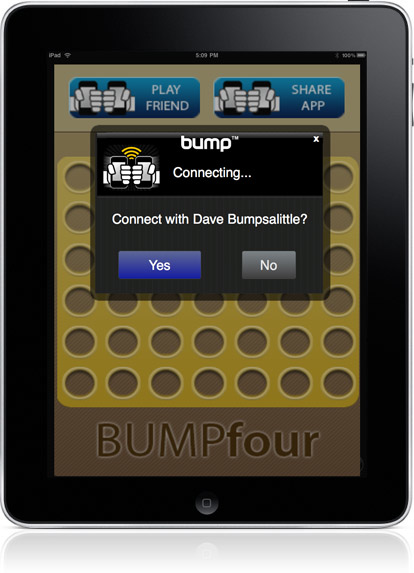