Do you want TV everywhere? And wonder what might happen after the Comcast-NBC merger is complete? Or want to know how technologists and financiers see the digital-content market evolving? So do we. That’s why we invited insiders like Avner Ronen and Quincy Smith to speak at Disrupt, our media and technology conference taking place May 24-26, 2010, in New York.

Get your ticket now, because extra early-bird pricing expires at midnight. Before then, you can save $500.

Disrupt speakers are the gutsy people unafraid to offer an opinion and take disruptive steps in media and technology.  We’re thrilled that Steve Case, Philip Kaplan and Fred Davis will also grace our stage. We’ll be announcing new speakers periodicially on the Disrupt blog, too.

We’re also running a competition for –you guessed it– disruptive startups. As those of you who follow TechCrunch events know, attending is a chance to see tomorrow’s big names. At Disrupt, successful and active investors like Ben Horowitz, as well as technology insiders like Om Malik, will judge and coach startups during a three-day process resembling March Madness blended with “The Apprentice.” We’re now poring over hundreds of applications. They contain fresh ideas in real-time search and sentiment; finding, sharing and enjoying digital content; disintermediating markets in ingenious ways; cool new hardware, and more.  Hope to see you at Disrupt. (Want to do more than just buy a ticket? Go here to see our exhibitor packages.)

Avner Ronen, Founder, Boxee
Avner Ronen is the founder and CEO of Boxee, a freeware media player software platform. Prior to founding Boxee, Avner co-founded Odigo, an instant messaging service. Avner worked with the Odigo team from its founding in 1998 until its purchase by Comverse in 2002 for $20M. Avner stayed on with Comverse as the VP Corporate Strategy & Business Development until early 2007.

Quincy Smith, Founding Partner, CODE Advisors
Quincy Smith is a founding partner of CODE Advisors, an investment bank focused on media and technology. (Check out his recent video interview with TC.) He formerly served as Chief Executive Officer, CBS Interactive for CBS Corporation. In this role, he is responsible for overseeing the Company’s entire interactive strategy and helping to guide its implementation across CBS Corporation’s varied divisions and online businesses. 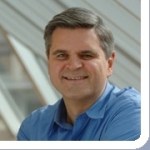 Steve Case, Founder, Revolution
Steve Case is the founder of Revolution, a company that seeks to drive transformative change by shifting power to consumers. Revolution’s mission is to partner with entrepreneurs in building businesses that give people more choice, control, and convenience in important areas of their lives. Prior to starting Revolution, Steve was the co-founder, chairman, and CEO of America Online, Inc. (AOL) and, later, the chairman of AOL Time Warner. As the co-founder of AOL, Steve played an integral role in building the world’s largest Internet company and helped transform how people communicate, learn, and conduct business. AOL brought millions of Americans their first connection to the Internet.

Philip Kaplan, Founder, AdBrite
Philip (@pud) oversees AdBrite’s product management and innovation. Prior to founding AdBrite, Philip founded several businesses including PK Interactive, a software company that developed Web-based applications for Fortune 500 clients including Toyota and Mead Paper. Philip’s personal sites have earned accolades including Yahoo and Rolling Stone’s Site-of-the-Year, and #6 in TIME Magazine’s “Best of 2000.” Philip is a regular public speaker and is the bestselling author of F’d Companies (Simon & Schuster). He is on the board of the School of Information Studies at Syracuse University. (Source: AdBrite)

Fred Davis, Founding Partner, CODE Advisors
Fred Davis previously  founded the leading music law firm of Davis, Shapiro, Lewit, Montone & Hayes. He represented some of today’s most successful stars in rock, hip-hop and pop for the firm. He is also one of the leading experts in the burgeoning area of digital music, rights and distribution. Davis has been on the front lines of the Recording Industry’s tumultuous attempt to harness the power of the Internet by monetizing the explosion of interest in digital music downloads and subscription.

Ben Horowitz, Co-founder, Andreessen Horowitz
Ben Horowitz is a co-founder of the venture capital fund, Andreessen Horowitz. Horowitz was a co-founder and CEO of Opsware (formerly Loudcloud), which was acquired by HP in 2007, and Horowitz was appointed vice president and general manager of Business Technology Optimization for Software at HP. Earlier, he was vice president and general manager of America Online’s E-commerce Platform division, where he oversaw development of the company’s flagship Shop@AOL service Previously, Horowitz ran several product divisions at Netscape Communications.

Om Malik, Founder, GigaOm
Om Malik is the founder and senior writer for GigaOm. Before launching his own publishing venture, Om was a senior writer for Business 2.0 magazine covering telecom and broadband stories. He has also accepted the post of Venture Partner at True Ventures.