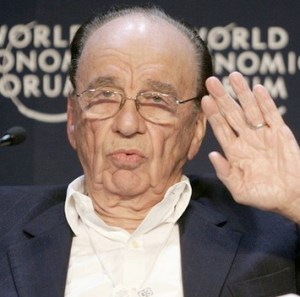 Never let it be said that I don’t admit when I’m wrong.

I mean, granted, I don’t particularly like being wrong – and I especially don’t like being wrong in the full glare of the public spotlight. But on the vanishingly small number of occasions when – due to some inexplicable glitch in the universe – I happen to be wrong, never let it be said that I don’t admit it.

A case in point… I just stumbled across an excellent post by biographer TJ Stiles, calling me out over my claim that hardback books are a ‘cash cow’ for the publishing industry.”Let’s set the record straight,” said Mr Stiles, “publishers (and authors) make much more money from hardcovers, it’s true. That is one reason why they have always delayed the release of cheaper paperbacks. But to refer to anything in publishing as a ‘cash cow’ is to suggest a level of profitability that simply does not exist in this narrow-margin industry. ‘Life line’ would be a better cliché. Did publishers cut that life line when the paperback was invented? No. Why should they now for the e-book?”

…and you know what? He’s right. The phrase ‘cash cow’ was misleading – it has echoes of fat cat publishers making billions in profits when, in most cases nothing could be further from the truth. ‘Life line’ is a far better phrase. I was wrong and – see! – I have no problem admitting it.

Of course, that’s hardly the admission of the decade: in cases like that, admitting I was wrong doesn’t involve eating a whole lot of humble pie. A more accurate test would be if I were to make a stratospheric misjudgment about a major issue – a misjudgment that turned out to be so embarrassing that I’d rather bury my head in a box on ants than admit to my error. What would I do then?

On Friday I was given the opportunity to find out.

A few months ago, in this very column, I wrote about Rupert Murdoch and how he would never remove his newspapers’ content from Google’s index because he was too obsessed with eyeballs…

The numbers show that most searchers wouldn’t even notice if the Wall Street Journal and every other News Corp publication vanished from their results. What would definitely happen, though, is a huge drop in eyeballs and ad revenue for News Corp, which would certainly cost Murdoch far more than he could hope to recoup from a deal with Bing. Again, anyone familiar with the Sun (and its New York-based cousin, the Post) will know that Rupert will always put his hunger for eyeballs above his insistence that people pay for news – to the point where he is happy to slash cover prices to economically-suicidal levels to win readers.

Times and Sunday Times websites to charge from June

And you know what, I’m not afraid to say it.

Rupert Murdoch has lost his mind.

Please understand I don’t make that statement lightly. When it comes to Murdoch, I’ve always been of the Michael Wolff school – doubting the man’s Internet credentials (allegedly he still hasn’t ever used Google) but at the same time respecting his business sense and his willingness to defer to trusted advisors when it comes to his company’s digital strategy. But with this latest decision it’s clear that he has not so much lost his marbles as collected them together into a lead bag and thrown them into the sea.

Moving its content behind a pay-wall will be the death of the Times; one of the world’s most respected newspapers and a British national treasure. Even with a relatively modest subscription cost of £1 ($1.60) a day or £2 for the whole week, it has been shown time and time again that the hassle factor of making even a small payment to access a website will result in a hemorrhaging of readers. Unlike the Financial Times (no relation), only a small fraction of the Times’ online readership do so for business reasons – with most incorporating it into their general news diet. If it’s no longer free they’ll simply get their news elsewhere.

And then there’s the drop in Google juice: News International is yet to announce its search indexing policy for the new site but it’s safe to say that the pay-wall will mean the vast majority of the paper’s news archive vanishing from search engines.  Times Online currently attracts 20 million unique readers a month, most of whom will disappear overnight once the pay-wall is erected.

No matter which angle you look at Murdoch’s decision, it’s almost impossible to see it as anything other than a sign of madness. But of course that hasn’t stopped some from trying to spot some hint of method in it…

James Harding, editor of The Times, tried to put a brave face on his boss’ decision – much like a mid-ranking officer might try to justify to his men why Douglas Haig has ordered them to go over the top during the Battle of the Somme. According to the BBC, Harding “agreed that NI’s pay-wall strategy was a risk… but [argued that] it’s less of a risk than just throwing away our journalism and giving it away for free.”

Nice try James, but that doesn’t really wash. For a start, complaining that making newspaper content available for free online is somehow devaluing it is just plain stupid. For years newspapers have been giving their paper editions away for free – on airlines and in other high-traffic locations – on the basis that these “bulks” will increase circulation figures and will in turn drive more advertising. Once you factor in printing, distribution and returns, the cover price of a newspaper – and let’s remember that Murdoch is the king of slashing prices to drive competitors out of business – barely covers the medium on which it’s delivered.

Advertising has always been the real revenue driver in print, to the point where Murdoch was quite happy to give his “away for free” with the launch of a free London daily back in 2005 (it went out of business last year due to fierce competition from another free paper from rivals Associated Newspapers). The truth is that – as Jeff Jarvis writes in the Guardian – Murdoch simply hasn’t been able to figure out how to make online advertising work. And it’s that inability that has driven him to his current madness.

There’s a second problem with Harding’s argument: journalists and columnists actually are quite keen on having their product given away free. No matter whether we’re covering Iraq or fashion trends, we writers tend to be egotists at heart, which is one of the reasons we’re prepared to accept the reasonably shitty salaries offered by news organisations rather than going in to, say, PR. Our reward isn’t so much money as the knowledge that our work will be appreciated by a large audience. With print circulation plummeting (the Times has gone from nearly 700,000 daily readers to 500,000 in the past five years), journalists want to write for publications with large online audiences to ensure that their reporting is seen by the masses.

When Sirius hired Howard Stern they had to pay him a hugely inflated salary to reflect the fact that he’d be seeing a large and immediate drop in his listener numbers. Similarly, by hiding its journalism behind a pay-wall, News International will have to pay vastly inflated salaries to attract the best an brightest to its pages. And in an era where newspapers can barely afford to keep the talent they have, that’s just another nail in the coffin.

Really the only possible reasoning – outside of madness – that’s left for Murdoch’s behaviour is that he’s cleverer than all of us. Perhaps if we just watch quietly we’ll soon see the true genius behind his plan. After all, that’s what happened back in the 1980s and 90s when he launched Sky Television – a British-based satellite TV channel. Back then no one in the UK paid for television (we’d been brought up on free to air TV with little or no demand for cable) and there were no signs that they were ready to start – and yet in less than a decade Sky had become one of the country’s biggest broadcasters. The success of Sky was down to the content – Murdoch bought the rights to broadcast premium football (sorry, soccer) games, forcing millions of households to sign up to Sky if they wanted to follow their favourite teams. Perhaps that’s his plan with the Times as well – make the content of his new online editions so unbelievably compelling that subscribers will be forced to sign up in their droves?

Especially not someone who is so afraid of the Internet that they haven’t even used Google.