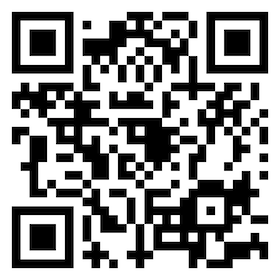 A few days ago, we noted that Facebook was testing putting links to QR codes on their main profile pages. Now we know why. Apparently, Facebook is doing some testing ahead of their location feature roll-out, which will use these codes.

A source with knowledge of Facebook’s plans tells us that the QR codes will be used with an upcoming version of Facebook’s mobile app. More specifically, businesses could potentially print out a QR code and put it on a wall or a counter in their venue to allow users to scan it to check-in at that store, we’re told. Facebook is expected to unveil its location plans at its f8 conference in late April.

For those unfamiliar, a QR code (short for “quick response”) is a sort of barcode that stores information which can be captured and interpreted by a mobile device by way of the camera on the device. Google, Microsoft, and others have been experimenting with their usage recently, and now Facebook is hopping on board.

But Facebook’s idea is particularly interesting because it’s based around the hot check-in space right now. While services such as Foursquare and Gowalla are quickly gaining popularity, both still have under 1 million users, while Facebook has over 400 million users. Recently, the social network has been testing out pulling in data from both of those networks, rather than trying to build its own location network from scratch.

That said, with a feature like this, it appears that you could use Facebook to check-in, then perhaps send it back out to someplace like Foursquare. The problem with Gowalla is that their API is currently read-only, so checking-in would have to be done through their own app, and not Facbeook.

While the QR code links spotted the other day didn’t work yet, it was clear that one would link to the actual profile page, while the other would link to a particular status update. It seems that Page owners will get the option to view them soon as well.