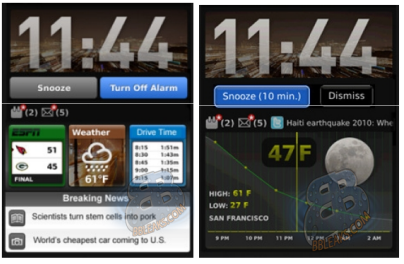 I’m calling BS on these but it looks like these are screenshots for BlackBerry OS 6.0 complete with widgets out the wazoo. Clearly the thought here is to bring BB into the 21st century, a move that’s sorely needed by BlackBerry’s current sad sack OS. The fact that there are no other specs point to some kind of leaked app and little more.