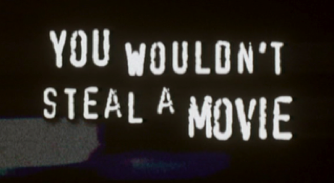 We’re still going through these recently released YouTube/Viacom litigation documents, and it’s becoming clear that we can’t take everything that’s being said by either party at face value (as if we didn’t know that already). We’ve come across a good example. In Viacom’s document Statement of Undisputed Facts, it presented the following seemingly damning passage that indicates that YouTube co-founder Steve Chen was advocating pirating movies (a quote that’s now appearing in quite a few news articles). But Viacom may be misrepresenting the evidence. Here’s their version:

Steve Chen replìed: “we have to keep in mind that we need to attract traffic. how much traffic will we get from personal videos? remember, the only reason why our traffic surged was due to a video of this type. . . . viral videos will tend to be THOSE type of videos.”

The quote seems to be referring to full-length movies, though viral videos are mentioned (it’s unclear in this context whether they’re saying movies will go viral, or if they’re talking about traditionally more viral video clips). As it turns out, it’s the latter. And they were probably joking about it. Here’s the actual Email thread, in chronological order:

just something to watch out for. check out their alexa ranking.
-s

hmm, i know they are getting a lot of traffic… but it’s because they are a stupidvideos.com-type of site. they might make enough money to pay hosing bills, but sites like this and big-boys.com will never go public. I would really like to build something more valuable and more useful. actually build something that people will talk about and changes the way people use video on the internet.

right, i understand those goals but, at the same time, we have to keep in mind that we need to attract traffic. how much traffic will we get from the personal videos? remember, the only reason why our traffic surged was due to a video of this type.
i’m not really disagreeing with you but i also think we shouldn’t be so high & mighty and think we’re better than these guys. viral videos will tend to be THOSE type of videos.
-s

another thing. still a fundamental difference between us and most of those other sites. we do have a community and it’s ALL user generated content.

It’s worth pointing out that the subject of the Email thread was ‘http://www.filecabi.net’, and that big-boys.com is now Break.com — it’s pretty clear that Chen and Hurley are referring to the brief, dumb sort of videos that often go viral as opposed to full length movies. And, based on the ‘haha’ comment (which is ommitted from Viacom’s document), Chen and Hurley may have just been joking about stealing any content at all.

This doesn’t clear YouTube by any means (there are still plenty of other suspect quotes).  But it casts some doubt on the rest of Viacom’s ‘undisputed facts’.