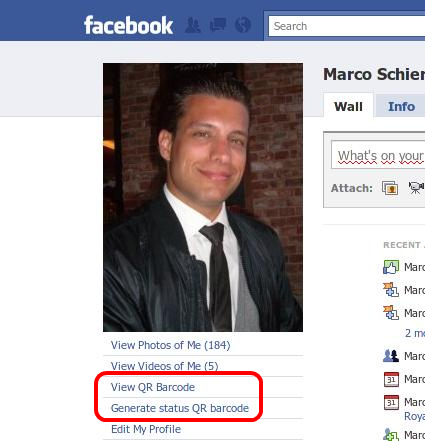 I can’t see this on my own Facebook profile yet, but we’ve gotten a number of tips in our inbox in the past 10 minutes so it’s safe to assume it’s not a hoax or anything: Facebook appears to have started enabling users to generate custom two-dimensional QR codes.

From the looks of the screenshot embedded above, there are two types of QR codes: a personal barcode or a “status QR barcode”. This also seems to appear on Facebook Fan Pages.

Judging from the tweets about this, the QR codes don’t seem to actually function yet, and the links on pages appear to come and go.

We’re trying to get more information and will update accordingly.

“We’re always testing various features on the site, but we have nothing more to share at this time.”

In case you’re not familiar with QR codes: QR is short for Quick Response (because they can be read quickly by a mobile phone through its camera). They are used to take a piece of information from a transitory media and put it in to your cell phone – this can be links, videos, text, photos and more.

QR codes are generally more useful than a standard barcode is that they can store much more data. The other key feature of QR Codes is that instead of requiring a scanner to ‘read’ them, most modern mobile phones can convert them and there are applications out there for smartphone that don’t support native QR code scanning.

Imagine wearing the link to your Facebook profile on your t-shirt – this is what that would look like when converted to a QR code: 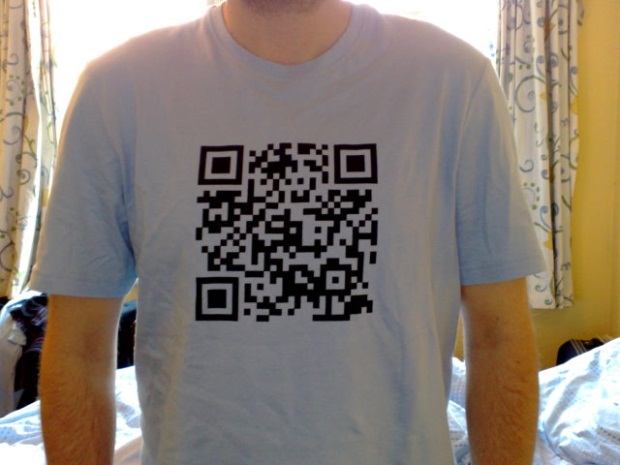