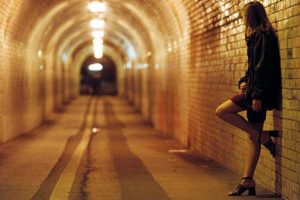 Having now written two books about my failures in work, life and love, I think I’m qualified to say that the only difference between a memoirist and a prostitute is timing.

A prostitute sells sex for money – that money being payable either immediately before or immediately after the act. A memoirist also receives money for having sex – but our payment comes via a publisher, months or years later, once we’ve recounted the amusing or titillating details in print. In the final analysis, really, we’re all whores.

And yet, in terms of public perception, the distinction of payment and timing is vital. Actual prostitutes are – generally speaking – looked down on by society: labels like ‘whore’ and ‘hooker’ being, almost without exception, used pejoratively. Memoirists, on the other hand, tend to be reasonably well regarded, not least by themselves. For that reason, accidentally calling a hooker a memoirist is unlikely to cause offense, but accidentally call a memoirist a hooker and… hoo boy…

This time last week, my friend Zoe Margolis – who writes as the Girl With A One Track Mind – was asked by the UK’s Independent on Sunday (IoS) newspaper to write a column about how she went from being an anonymous sex blogger to a widely-recognised advice columnist and memoirist. Zoe, I should emphasise, does not have sex for money. I know this for a fact: we shared a house at SXSW a couple of years ago and she stubbornly refused to sleep with me, despite the fact that I paid for all of our groceries at Whole Foods.

And yet, thanks to an astonishing but – I hope – innocent piece of lazy subediting, when the IoS published her column they did so under the unambiguously libellous headline “I was a hooker who became an agony aunt“.

The IoS reaslised its mistake (for want of a better word for “misquoting one of our writers as calling herself a whore”) within an hour of the paper going to press and quickly changed the headline in print and online. But of course the damage was already done. Although, according to the paper, only a couple of thousand hard copies had been dispatched to news stands, the web version had already been syndicated to dozens of other sites – including Yahoo! – and such far-flung newspaper websites as the Times of India. Worse still, it took several more hours – and increasingly vocal complaints by Zoe – before the IoS changed the story’s URL which still contained the full wording of the original headline.

An embarrassing screw up for the Independent – but one that other papers can learn from, right?

A few days later, another UK paper – The Daily Mail – ran a story headlined “I posed as a girl of 14 on Facebook. What followed will sicken you …” The story was indeed sickening; written by a former police detective, it revealed how after signing up to Facebook as a young girl, he was immediately contacted by middle-aged men looking for sex. There was just one problem with the story: it wasn’t true.

For a start the story was ghost-written by a Mail journalist, loosely based on a phone interview with the detective. More importantly, the detective had made clear – repeatedly – that the social network in question wasn’t Facebook. In fact he’d actually praised Facebook for having put in place measures to protect young users against ‘grooming’ by adults. Unfortunately, the Mail seems to have a beef with Facebook – they previously accused the site of causing cancer – and so decided to name and shame it both in the article, and in the headline and – yup – in the URL. As with Zoe’s story, the headline was changed after a few hours (having already been widely syndicated) but the libellous URL remained uncorrected for more than a day.

In both cases, the result was the same – the Independent and the Mail each issued apologies and corrections in the next day’s paper and online but both Zoe and Facebook say they intend to take legal action both for the initial error but also for the further harm done by the time the papers took to correct their libellous URLs.

We’ll have to wait and see what comes of the proposed lawsuits, but in the meantime both cases illustrate a huge problem with the blurring of the line between old and new media. In the old days, editors understood how their papers worked. If a libellous story was printed, they would stop the presses (if it wasn’t already too late) and they would issue an apology the next day. Most readers would see the apology and all would be well. Yes, there might still be a libel action, but at least the publication could show that they’d halted the presses and issued the apology, thus mitigating some of the damage done.

Today, that’s no longer the case. The simple fact is that many editors have absolutely no idea how their papers work any more. According to the Guardian, when Charles Garside, assistant editor of the Daily Mail, was asked about the fact that the libellous URL was unchanged for more than 24 hours, he described it as “a technical matter”, adding: “We are removing elements of that”.

With those three words – “a technical matter” – Garside lays bare the problem newspapers face in moving online. Editors understand stories and they understand headlines, but today they also need to understand URLs and automatic syndication and all of the other “technical matters” that are just as much a part of the modern newspaper as standfirsts and pullquotes. This is a lesson I learned the hard way back in 2005 when I was hit with an enormous libel claim (and the possibility of imprisonment for contempt of court) when the publication I edited linked to a libellous story (published in France) about a certain English Premiership football player. Although we were careful not to name the player in our story, we were still held responsible for identifying him because the URL we published contained his surname. The fact that we’d used our in-house link-shortener to mask the true URL was no defence as the shortener was hosted on our own server and resolved to the correct address before the reader left our site. Since that day, I’ve understood that a URL can get you in just as much legal hot water as an ill-judged headline.

Unfortunately that seems to be a lesson that editors at certain major national newspapers are yet to learn. If I were the owner of the Independent, or the Mail, or any other newspaper I’d insist that my editors spend a few hours of their time learning how their papers work in the digital age. That means understanding not just how to stop presses and issue apologies but also how to get under the hood and change URLs; how automatic syndication works and how to ensure any subsequent apology is amended to every online version, and not just the one hosted on their main site.

Finally, the way that apologies and clarifications are published needs to be seriously re-thought. Publishing a correction in the next day’s paper, or as a separate item on the publication’s website, is a ridiculous anachronism. People no longer read the same paper every day: the fact that they stumbled across a story in the Independent or the Daily Mail once through Google News doesn’t mean they’ll ever read a story in that paper again. It certainly doesn’t mean they’ll see a correction published 24 hours later.

Whereas once a libel court could be satisfied that the publication of a printed apology would mitigate libel damages, that’s unlikely to hold much weight in any legal action concerning the stories about Zoe Margolis or Facebook. Both Zoe and Facebook made their reputation online and it’s online rather than in print that they have the most to lose.

As a Facebook spokesperson told the Guardian, a traditional correction can’t undo the ‘brand damage that has been done’. Perhaps, then, the Mail and the Independent should take a lesson in damage control from Zoe. Moments after the Independent published their apology, she tweeted out a link to it and asked her followers to ‘please retweet’. Many (including me) did, and still others republished it on their blogs. Not only did that spread the word that Zoe isn’t – and has never been – a hooker, but it also helped ensure that most of the Google results for “Zoe Margolis +hooker” point to the correction and not to the original libel.

Had the editors at the Mail and the Independent been quicker to update their libellous URLs, and had they used Twitter and other social networks to push out their apologies then perhaps they could have avoided what will quite possibly be some very costly legal action.

But then again that would require them to understand the first thing about the Internet and other “technical matters”. And if they’ve proved anything recently, it’s that they really – really – don’t.